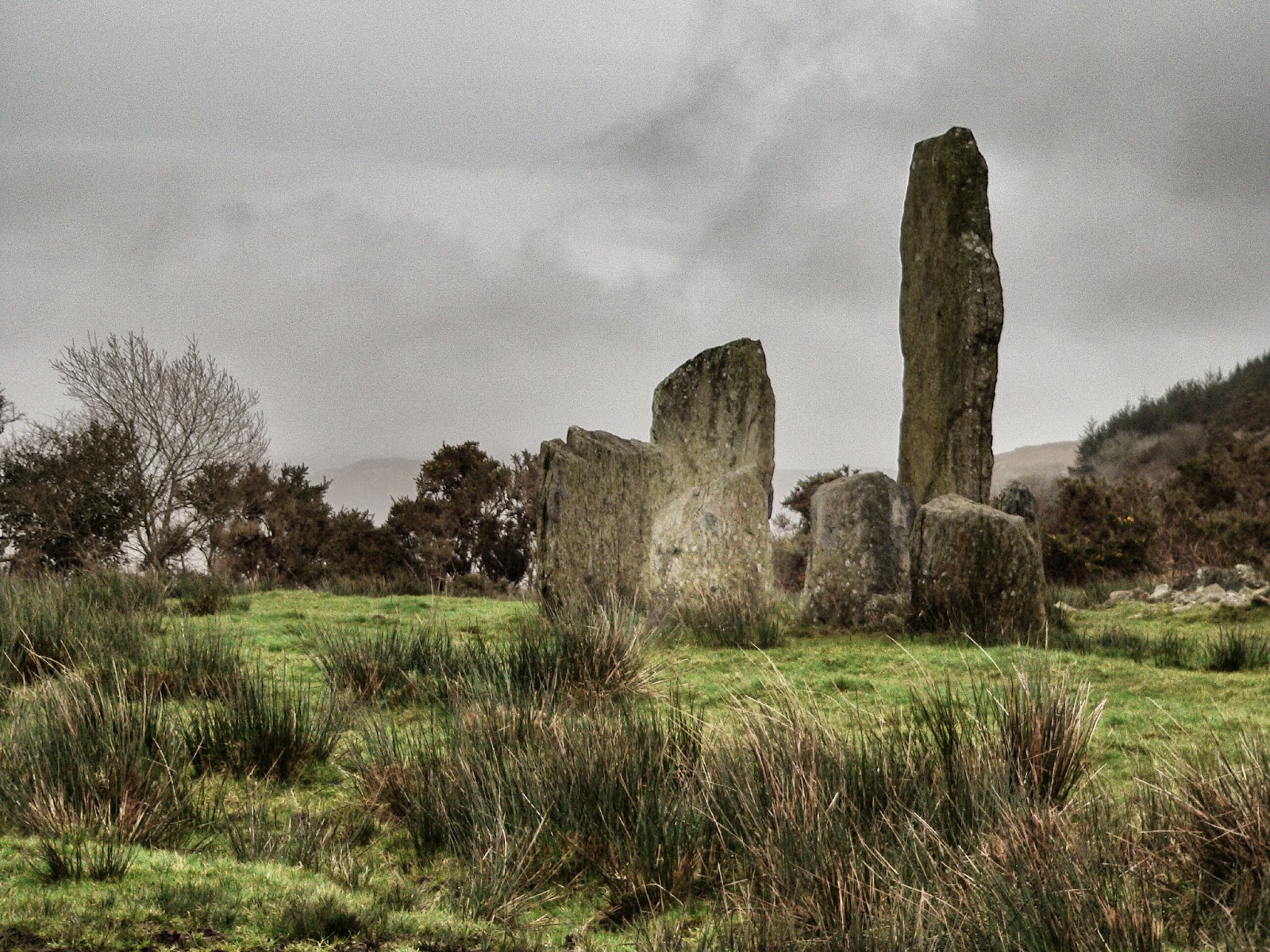 A “thin place” is a place where the veil between this world and the next is thin. A place where you can feel the energy and the magic of the area.  The Wild Geese website describes these places like this: “In Irish mythology, a “thin place” was a divider between the physical, tangible world and the “otherworld” of dreams, the afterlife, and other unseen but very real dimensions hiding behind the veil of reality. Thin places could be actual places, or they could be seasons of change. Thin places were revered and afforded respect, but also feared because they were the places of the unknown.

Halloween, or its precursor Samhain, is believed to be a night when the veil thins, and we are exposed to more paranormal activity than usual.  The original term “Jack O’Lantern” originated in Ireland as a way to frighten away wandering evil spirits traveling during these thin times. According to Wikipedia, “It is believed that the custom of making jack-o’-lanterns at Hallowe’en time began in Ireland. In the 19th century, “turnips or mangel wurzels, hollowed out to act as lanterns and often carved with grotesque faces,” were used on Halloween in parts of Ireland and the Scottish Highlands. In these Gaelic-speaking regions, Halloween was also the festival of Samhain and was seen as a time when supernatural beings, and the souls of the dead, walked the earth. Jack-o’-lanterns were also made at Halloween time in Somerset during the 19th century.

By those who made them, the lanterns were said to represent either spirits or supernatural beings or were used to ward off evil spirits. For example, sometimes they were used by Halloween participants to frighten people, and sometimes they were set on windowsills to keep harmful spirits out of one’s home. It has also been suggested that the jack-o’-lanterns originally represented Christian souls in purgatory, as Halloween is the eve of All Saints’ Day (1 November)/All Souls’ Day (2 November).”

I first heard the term “Thin Places” when I found a website for a tour companythat offers “Thin Places Mystical Tours.”  This is how they describe thin places, “Thin places are places of energy. A place where the veil between this world and the eternal world is thin. A thin place is where one can walk in two worlds – the worlds are fused together, knitted loosely where the differences can be discerned or tightly where the two worlds become one.

Thin places aren’t perceived with the five senses. Experiencing them goes beyond those limits.

Fascination with the “Other World” has occupied our human minds since early recordings of history and likely before that. A thin place pulsates with an energy that connects with our own energy – we feel it, but we do not see it. We know there’s another side – another world – another existence. To some, it is heaven, the Kingdom, paradise. To others, it may be hell, an abyss, the unknown. Whatever you perceive the Otherworld or the eternal world to be, a thin place is a place where connection to that world seems effortless, and ephemeral signs of its existence are almost palpable.

Truth abides in thin places; naked, raw, hard to face truth. Yet we also find the comfort, safety, and strength to face that in those same mystical spaces. Thin places captivate our imagination yet diminish our existence. We become very small, yet we gain connection and become part of something larger than we can perceive. The human spirit is awakened and will grow if the body and mind allow it.

So, where are thin places?

Are they all in places like Ireland or Scotland?

As I’ve read the definition of a thin place, I realized that I’ve been to several thin places in my life – here in the United States.  The first thin place that comes to mind is the Vietnam War Memorial in Washington, D.C.  I remember feeling the distance between me and the spirits of those who died was very small. I could tangibly feel the sorrow there.

Gettysburg was another thin place for me. Standing on the battlefield, I could feel the energy and the sadness of those who had either lost their lives or lost loved ones. It was a palpable feeling that brought tears to my eyes.

And it seems that Gettysburg has a reputation for being a thin place and allowing people to see through the veil between this life and the next. Liveaboutdotcom shares a couple of these stories.

“Mark Nesbitt, one of the foremost authorities and authors on the ghosts of Gettysburg, relates one of the area’s most gruesome experiences. Pennsylvania Hall at Gettysburg College has been the site of many Civil War-era ghost encounters, but perhaps none can compare to what two college administrators saw one night.

One hundred years ago, the building had been used as a field hospital for many of the fierce battle’s wounded. But on this night, as the two administrators were taking the elevator from the fourth floor down to the first, the long-ago nightmare wasn’t even on their minds.

Inexplicably, the elevator passed the first floor and continued on to the basement. When the doors opened, the administrators could scarcely believe their eyes. What they knew to be storage space was replaced by a scene from the hospital: dead and dying men were lying about on the floor. Blood-covered doctors and orderlies were rushing about chaotically, trying desperately to save their lives. No sound emanated from the ghastly sight, but both administrators saw it clearly.

Horrified, they frantically pushed the elevator button to close the doors. As the doors closed, they said, one of the orderlies looked up and directly at them, appearing to see them with a pleading expression on his face.”

“Civil War battles have been the subject of many motion pictures, but one of the best and most moving was 1993’s Gettysburg. During the filming of that movie, much of which was done right on location at the actual battlefields, some of the participants had an unexplained encounter. Because the film required so many extras to serve as soldiers, the production hired re-enactors to portray the Union and Confederate armies.

During a break in filming one day, several of the extras were resting at Little Round Top and admiring the setting sun. They were approached by a grizzled old man, whom they described as wearing a ragged and scorched Union uniform and smelling of sulfur gunpowder. He talked to them about how furious the battle was as he passed around spare rounds of ammunition, then went on his way.

At first, the extras assumed he was part of the production company, but their minds changed when they looked closely at the ammunition he gave them. They took the rounds to the man in charge of giving out such props for the movie, and he said they did not come from him. It turns out the ammunition from the strange old man were genuine musket rounds from that period.”

Where are your thin places? Next to the ocean, in the middle of the woods, in an old church?

It could be anywhere you feel that you’re only a breath away from the otherworldly plains. A bit of sudden frost in the air, an eerie sound in an empty house, a familiar scent from long ago, or the tingling of your hair up the back of your neck.  Thin places – they could even be in your very own home waiting for you to discover them.  Or perhaps, waiting for them to discover you.