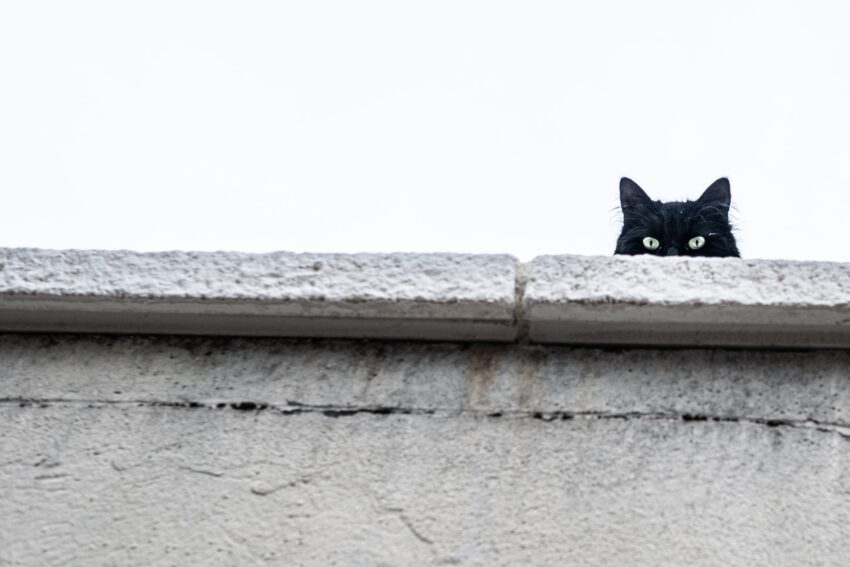 The website White House History tells us that the Demon Cat apparition is one of the best-known ghost stories in Washington D.C. The cat is both oversized and menacing and it appears sporadically in prominent federal government buildings.

The legend states that either the Demon Cat conspires to frighten unsuspecting people (that totally sounds like a cat.) Or its appearance has been considered a prophecy of impending disaster or tragedy.

An article in The Washingtonian states, “The huge and hissing black cat dates back to the 19th century…Demon Cat is a “truly horrific apparition,” wrote the Washington Post in 1898. “The feline spook of the Capitol possesses attributes much more remarkable, inasmuch as it has the appearance of an ordinary cat when first seen, and presently swells up to the size of an elephant before the eyes of the terrified observer.” Capitol guards on the night shift reported seeing and even fighting with the Demon Cat. According to another Post article published in 1935, its first appearance was mentioned in the Congressional Record around the time of the Civil War…”

The White House History website goes into a little more detail about the 1935 article, “In a 1935 account published in the Washington Post, one observer remarked that the Demon Cat’s eyes “glow with the all the hue and ferocity of the headlights of a fire engine.” The article also hints at a practical explanation for the Demon Cat: many cats ran freely in the basement passageways of the U.S. Capitol for decades, serving as cost-free and efficient exterminators of mice and vermin.”  (Vermin in the U.S. Capitol – how bizarre!)

What has the Demon Cat foretold so far?

According to legend, a White House guard witnessed the Demon Cat just before the stock market crash in 1929.  In later years, another guard spotted the cat just prior to John F. Kennedy’s assassination in 1963.

Wikipedia tells us that in the 1890s, the cat is said to have inexplicably vanished when some Capitol Hill guards fired their guns at it, and another supposedly died of a heart attack after seeing it.

Let’s just hope the Demon Cat stays quietly hidden for the near future. I think our politicians can create enough disaster and tragedy all by themselves.

2 thoughts on “The Demon Cat of Washington, D.C.”