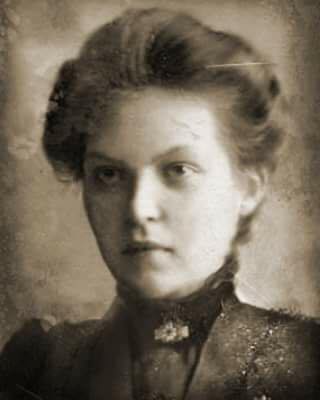 Who can take a sunrise, sprinkle it with dew, cover it with murder, and a candy bar or two? The Candy Lady.

Okay, that’s not exactly how the song goes – but the urban legend does.

Clara Crane was born in the sleepy town of Terrell, Texas in 1871 according to the OnlyInYourState website.

Her husband was an older gentleman by the name of Leonard Gilbert Crane, and the two had a little girl, who they called Marcella.

Leonard was a farmer and a drinker, and unfortunately, those two don’t work well together, especially if your five-year-old daughter is out in the fields with you. Tragically, Marcella died in an accident out in the fields while under his care.

Clara was understandably distraught when she heard her child had perished, but distraught turned to devastation when she discovered her husband had been drinking heavily when the accident occurred. Clara became withdrawn and despondent.

According to the Houston Ghost Tours Facebook page, in 1895, it is reported that Clara had killed her husband Leonard with poisoned candy, as she blamed him for her daughter’s death. (She used caramels – because, really, who can resist caramels?)

The following day, a neighbor came by to check on Clara after noticing her “shaken and frenzied state.”

Clara was taken into custody after becoming aggressive toward County Sheriff Fred Springer, who the neighbor had called. After the sheriff discovered what had become of Leonard, Clara was placed on trial for first-degree murder.

She was tried and convicted of murder but pleaded insanity/grief. She was placed in the North Texas Lunatic Asylum that later became Terrell State Hospital.

In 1896, a doctor noted that staff found a doll Clara had made from torn bedsheets hidden in her room. Other patients told the staff that she would talk and sing to it at night.

In 1899, she was released due to overcrowding at the hospital. She was said to be charming and soft-spoken even though she had committed a murder, she was considered a good candidate for release. (Because nothing says normal like singing and talking to a doll made of torn bedsheets.)

There was no aftercare in those days, so no one knows where she ended up.  (Okay, we kinda do know where she ended up because there wouldn’t be an urban legend about her in Terrell Texas if she didn’t end up there, right?)

So, around 1903, children near her hometown started going missing. So, what did that have to do with our charming and soft-spoken Clara?

Well, children in the area told stories of how someone left candy on their windowsills at night. Some said that after they had received the candy for a while and then the person leaving the candy would start writing notes on the wrappers. Then every few days, a child would disappear without a trace.

According to the stories, townspeople and law enforcement became suspicious after multiple children went missing. They started to investigate. Around this time several human teeth were found by a farmer in his fields and the sheriff was found dead with forks in his eyes and candy in his pocket.

So, really, maybe Clara didn’t do it – this could have just been a disgruntled dentist, right?

And the sheriff with the forks in his eyes…  Okay, you’ve got me.

The tale of the Candy Lady rose from these stories. Older people in some areas of Texas remember the story vividly as a precautionary tale when they were growing up. Occasionally the story surfaces again. It seems to be fairly localized to Texas, but according to the Houston Ghost Tours, people from other places in the US refer to the story too.

The Candy Lady can ’cause she mixes it with fright and makes the world afraid!