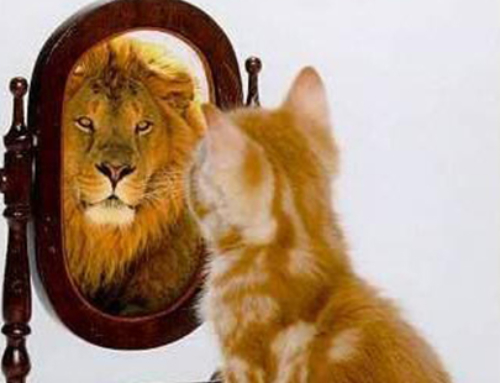 This week we had both a full moon on 12/12 at 12:12 EST, (the last full moon of this decade) and the last Friday the 13th of this decade. That has to mean something, right? That’s a lot of cool numbers falling in the right places. They have to be a sign, a harbinger, or a manifestation of change. Well, if you believe that’s true, then it probably is true, let me explain.

Most of you know that I’m writing the last book in the Willoughby Witches series.  In this book, one of the three sisters who helped cast the spell on the demon appears to the current Willoughby family and friends, and her advice is “do not despair.”  After the ghostly sisters disappear, Hazel remarks that telling them at this point in the game to “not despair” is like having someone tell you to calm down when you’re concerned about something. It doesn’t work and it is always annoying.

But Donovan argues with that premise.  He feels that rather than a condescending comment, (don’t worry your pretty little head about this) instead it’s a reminder that our attitude and our beliefs change our world. If we despair, we don’t allow hope or faith to manifest. We tell ourselves that we cannot win, and so, we lose.

According to an article in PositivePsychology.com, “Psychologists have found strong evidence for the impact of our beliefs and expectations on outcomes, particularly when we are convinced that our predictions will manifest, even when we aren’t aware that we hold the expectation.”

Back in 2006, there was a documentary self-help film released called “The Secret.”  Wikipedia sums it up this way, “The Secret is a 2006 Australian-American documentary film consisting of a series of interviews designed to demonstrate the New Thought claim that everything one wants or needs can be satisfied by believing in an outcome, repeatedly thinking about it, and maintaining positive emotional states to “attract” the desired outcome.”

The basic idea of the film and the subsequent book was that thoughts can change a person’s life directly. The book has sold over 30 million copies and has been translated into 50 languages, so there are a lot of people out there who either believe or want to believe in this concept.

Well, two psychologists, Robert Rosenthal and Lenore Jacobson, might have something to say about that.  These two psychologists did a study and entitled it “They Pygmalion Effect.” This is from the Google.com site about the experiment.

“Rosenthal’s most famous study was conducted with Lenore Jacobson in 1963 at an elementary school just south of San Francisco, California (Spiegel, 2012). His purpose was to figure out what would ensue if teachers would react differently towards certain students if told that a select number of students were expected to learn more information and more quickly than the pupils in their class. To test this, Rosenthal issued a Test of General Ability to the students at the beginning of the year (“Rosenthal’s Work, n.d.). After the students had completed this IQ test, some were chosen at random to be the students that were expected to academic bloomers; however, the results of the test did not influence which students of the class were chosen (Bruns et al., 2000). He continued to observe the interactions between teachers and students and decided to issue another IQ test at the end of the study to see how IQ has improved in students that were to be academic bloomers versus the control group (Spiegel, 2012).

Rosenthal’s and Jacobson’s results had reinforced their hypothesis that the IQs of the “academic bloomers” would, in fact, be higher than those of the control group even though these academic bloomers were chosen at random (Bruns et al., 2000). Especially in younger children like those in grades 1 and 2, there was a remarkable difference in the increases of IQ between the students chosen to be academic bloomers and those that were not. A reason for this is because younger children may be able to be influenced more greatly by their teachers, who are respected authorities (“Rosenthal’s Work”, n.d.).

The conclusions demonstrated by the study greatly illustrate the Pygmalion effect, or Rosenthal effect, which is the phenomenon that explains better performances by people when greater expectations are put on them (Bruns et al., 2000). For example, the teachers in the study may have unnoticeably given the supposed academic bloomers more personal interactions, highly extensive feedback, more approval, and kind gestures, such as nods and smiling (Spiegel, 2012). On the other hand, teachers would generally pay less attention to low-expectancy students, seat them farther away from teachers in the classroom, and offer less reading and learning material (Bruns et al., 2000).

I just had a quick flashback to the movie “The Help” when Aibileen says to Mae, “You is smart, you is kind, you is important.”  How others see us and how we see ourselves because of that, makes a difference in our lives.  The teachers in the studies thought the children they were helping were the overachievers, but they weren’t, they were just labeled overachievers. And guess what – they became what they were labeled.

So, how does all of this fit into Freaky Friday?

Friday the 13th used to be a lucky day. Well, until the Templars were all hunted down and killed on that day. Since then, poor number thirteen has been labeled.  If we think bad things are going to happen – they will.  I’m wondering now if superstitions and even horoscopes are part of self-fulfilling prophecies. If we believe what we hear or what we read, it will come to pass.

Here are some “interesting” self-fulfilling prophecies:

This one is from “Yourdictionary.com”: “Oedipus Rex is one of the most well-known and illicit examples of self-fulfilling prophecy. In this Greek drama the king of Thebes, Laius, leaves his son, Oedipus, to die because he believes a prophecy that his son will one day kill him and marry his wife – the child’s mother.
Well, the son didn’t die. Rather, he was taken in by the king and queen of Corinth. All his life, Oedipus believed the king and queen were his biological parents. So when he hears a prophecy that he is going to kill his father and marry his mother he leaves Corinth.
Upon his arrival in Thebes, Oedipus kills Laius in a quarrel, not knowing he is his father. He then unwittingly marries his mother after winning the throne of the dead king by defeating the Sphinx. If only they didn’t believe so strongly in his Oedipus’ ability to commit murder. Perhaps the three would’ve lived happily ever after in beautiful Greece!”

The American Literary Blog shares an eerie prophecy that Mark Twain had of his own demise: “Samuel Clemens, better known by his pen name of Mark Twain, predicted his own death. His prediction was based on the astronomical phenomenon that marked his birth:

I came in with Halley’s Comet in 1835. It is coming again next year, and I expect to go out with it. It will be the greatest disappointment of my life if I don’t go out with Halley’s Comet. The Almighty has said, no doubt: “Now here are these two unaccountable freaks; they came in together, they must go out together.”

Halley’s Comet is visible from Earth every 75 or 76 years. Twain was born shortly after the comet was visible in 1835. He made the above prediction in 1909. He was right: he died of a heart attack just as Halley’s Comet was again visible on April 21, 1910. He was 74 years old.”

And finally, because it is Friday the 13th, the story about Arnold Schoenberg, a talented painter, a gifted composer, and a sufferer of triskaidekaphobia, a fear of the number thirteen. This is from “The Line Up.com”: “Arnold Schoenberg was born on September 13, 1874, and spent his life trying to avoid the number. He dreaded birthdays when the numbers of his new age would add up to 13. When he wrote his opera, Moses und Aron, he intentionally misspelled Aaron’s name to avoid having the letters add up to 13. And when July 13—a Friday—came around in 1951 when he was 76 (7+6=13), Schoenberg felt so sick and anxious about impending doom that he decided to stay in bed all day. At 11:45 pm, his wife got a call from the doctor. “Arnold’s throat rattled twice, his heart gave a powerful beat and that was the end,” she wrote in a letter to her sister-in-law.”

Brian Tracy said, “Whatever we expect with confidence becomes our own self-fulfilling prophecy.”

Bill is on the prowl. #catsofinstagram #farmcats #