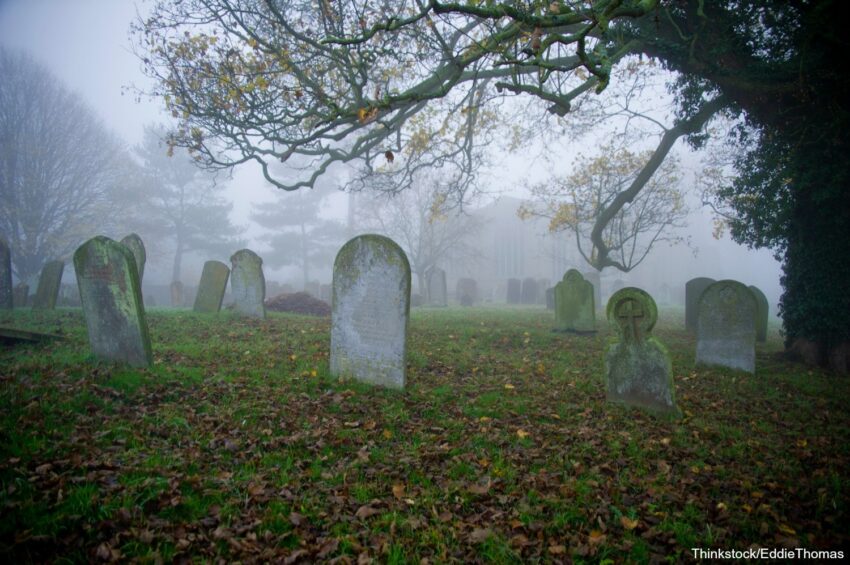 Earlier this week, one of my friends, Camille Hack McDaris, asked me if my “house guests” get more active during this time of year. And then suggested that perhaps a Freaky Friday about this subject would be in order.  So, here it is!

First, personal experience. I have noticed a lot more “corner of my eye” action since the autumnal equinox. Mostly inside my home in the late evening. And, as I recall, this has been a reoccurring phenomenon in our home. I always used to contribute it to living close to ancient Native American trails whose people would move from summer hunting grounds to winter hunting grounds for centuries. According to The Illinois State Museum website “Native Americans arrived in Illinois about 12,000 years ago. They encountered what remained of soon-to-be extinct megafauna, such as mammoth and mastodon. A warming climate caused migration of new species into Illinois’ plant and animal communities, including many deciduous trees and animals like the white-tailed deer, which remain common today. For thousands of years, Native Americans survived by hunting and gathering natural resources for food and for materials to make clothing, containers, and shelter. Evidence of their camps and communities are found throughout Illinois.”

That’s a lot of years of following the same trials and perhaps some of their spirits still follow them during the right time of year.

In an article on Accuweather.com, Pennsylvania Paranormal Association director Mark Keyes states that the moon and changing seasons will cause an increased frequency in paranormal activity. “Talking with clients and working with a lot of psychic mediums, and they all say there seems to be an increase in activity around the end of September [through December],” Keyes said.

“That would have to do with a lot of different elements, planetary elements, elements with the solar system, the moon, the sun and it’s a time when most spiritual people will say that the veil between our world and the spiritual world is a lot thinner and they can communicate better.”

Now, you might think that Keyes is just another looney – but, actually, Keyes is a retired state police detective who formed the Pennsylvania-based paranormal research group after other law enforcement officials expressed similar interests in investigating reports of hauntings and strange phenomena.

“I have to think it’s environmental, cosmological,” he said. “I think it has a lot to do with the place our moon is, and the sun is, compared to the planet’s location at the time and the seasons.”

The Discovery Channel’s “Ghost Lab Brothers” actually feel that ghosts prefer the wintertime. “Halloween is merely a date on the calendar and people are more in the mood to see ghosts,” Barry told PEOPLE during an interview at Hollywood’s apparently haunted Roosevelt Hotel. “But ghosts are 24 hours, seven days a week. We’ve actually done tests to see when activity is more frequent. The wintertime is more active for some reason. I think it’s because of the atmosphere – the cold.”

But could it also be that near Halloween, when we have spooky things on our minds, we are just more open to paranormal phenomena?  Or, could it be that once summer is over and nighttime is earlier, we’re inside more to witness the activity?

A cool article by CBC.ca talks about the increase in paranormal activity during the pandemic.

“John E.L. Tenney, a paranormal researcher and former host of TV’s Ghost Stalkers, says he used to receive two to five calls a month from people convinced their homes are haunted.

But since the COVID-19 restrictions started, he says he gets five to 10 calls a week.

The New York Times also noticed the uptick. The newspaper interviewed Tenney this week for a feature about the many people around the U.S. who are stuck at home with what they believe are roommates from beyond the grave.”

When asked what he thought of the uptick in calls, Tenney responded:

“If we’re going to allow or believe that ghosts exist, then people are seeing an uptick of ghosts.

They’re in a heightened emotional state. They’ve been sequestered. They’re spending time in their house, which they normally don’t do at certain hours.

Most people are gone at work and so they’re not used to hearing the pops and creaks in their house normally. But if there are ghosts, perhaps they’ve had a ghost in their house all along and they’ve just never noticed that.”

“If ghosts are the way that we traditionally think about them, which is, you know, were once people, then perhaps the ghosts are getting bored too, and they’re making themselves a little more known to the people that they’re not commonly used to seeing at all hours of the day and night.

As human beings, we have difficulty communicating and discerning the motives of other living human beings that are right in front of us. So for us to try and divine what the intention is of an ethereal, invisible being that we can’t really see?

They might just be trying to get attention, and they’re doing it the only way they know how, which is slamming a door or pulling a window shade or slamming a window.”

Tenney ended the interview with a spine-tingling story, that I just have to share: “I’ve been in a situation where I was in a room with 13 people, and we had the lights off and this room was allegedly haunted. And so we were sitting in the dark and everybody was saying their name, kind of introducing themselves to the ghost, for lack of a better word.

And one woman in the corner refused to say her name. And that’s fine, but when I asked if she could say where she was from, she didn’t respond.

So I turned the light on, and that’s when everybody in the room realized that that woman that we had all thought was with us had never been there. There was an empty spot where we thought she had been sitting.”

2 thoughts on “See You In September”