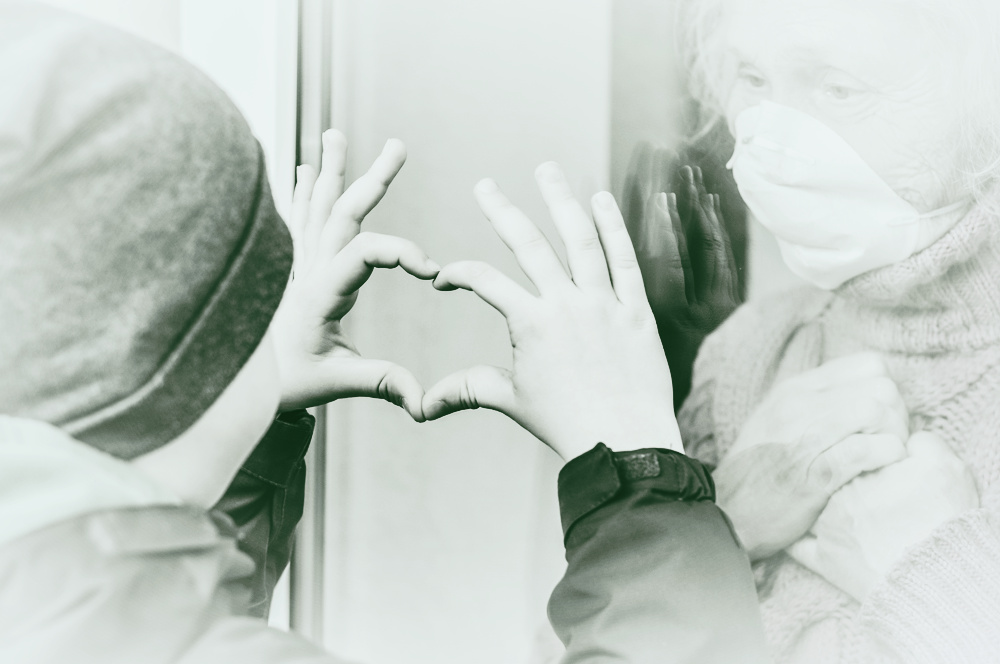 The statistics on the repercussion of the Covid19 shutdowns are just starting to hit the news cycles. Reports on mental health issues, especially with teenagers, are staggering. We’ve all had friends and acquaintances who owned small businesses or rental properties who are suffering financially. But I believe one of the hardest things we are going to have to deal with is that we didn’t get to say goodbye to loved ones who passed away alone in hospitals and nursing homes.

During the past year, I’ve had two elderly friends pass away. They were not able to be with loved ones during their final hours. They (and we) were not able to say goodbye. Even the process of grieving was hampered with online memorial services, with no hugging or crying on the shoulders of other family members.

But the human spirit is a lot more resilient and creative than we often give it credit for. And very often, these loved ones will find a way to say goodbye, if we are just open to it and recognize it for what it is. Both my husband and I have had dream visits from parents we have lost. They weren’t long visits, just reassuring moments to express love and concern for us. A reaffirmation that they are safe and waiting on the other side.

So, I wondered if there are more after-death visits going on these days because we couldn’t get closer on this side of the veil.  Here are some comforting examples I found:

“My stepfather- my mother’s longtime boyfriend died a few months ago from cancer. I didn’t even get to see him while he was in the hospital because of coronavirus and their policies. Well, this morning he visited me in my dream. It was so real and detailed.

I was in my bedroom and he walked in and at first, I was startled. Then I remembered that when people visit you, they’re saying hi. I’m a very vivid dreamer and at times a lucid dreamer. I said, “You’re back!” or something along those lines. He looked normal-like he did before he got sick.

We talked a bit, but I can’t remember about what. All I remember when we talked is that he asked me about his son who has mental issues and moves from place to place. And I said “Oh you know how he is. He’s ok, but you know him…” meaning his mental issue.

Then I made a joke about him getting me a boyfriend. I said make it happen or something like that and he laughed, just like I remember it happening when he was alive. We never had physical contact during the visit, but we did talk a while.  I think he was just saying goodbye.”

“So, an elderly maternal uncle passed on Sunday from COVID. He had been hospitalized for a few days but was released to return to the nursing home. We thought he was improving, but such was not the case. He was in isolation on a different floor for a few days and then was returned to his room and given morphine. I called Saturday and was told comfort measures were in place. He passed in the middle of the night.

I was sorry I hadn’t seen him in a very long time, although other family members had seen him as he declined with Alzheimer’s. I cried going to bed and woke still tearful. I had breakfast and laid back down as I still felt tired. Just before I woke, I “dreamt” that the phone rang, and I answered to hear heavy static/white noise. “Hello? Hello?” I said to which I heard my uncle speak, “Do you hear me?” I sobbed and told him everything on my heart and apologized for not seeing him. He said, “I know, Girl,” and the phone went dead. I woke up immediately and felt he had communicated with me and knew my heart.”

As I researched this, a couple of other things came up that I wanted to share. There were several articles about how when people are near death, they often see their loved ones who passed before them.  This is from an article printed in 2018 in the Pittsburg Post-Gazette:

“Beth Roncevich’s father was in his last few days of life, lying in bed in his Indiana Township home with her and her mother somberly by his side.

Though his eyes were closed while terminally ill from lung disease on that day four years ago, laughter unexpectedly emerged from Albin Langus.

The bewildered Ms. Roncevich and her mother wondered who and what he was seeing. He was even giggling.

“He said, ‘Everybody’s together and we’re all just having a wonderful time. We’re having so much fun’… and those were the last words he spoke,” she recounted last week between her visits to patients of UPMC Family Hospice and Palliative Care. “I said to my mom, ‘What more could we ask for than that?’ Wherever he was going, he was in a good place and happy.””

In a 2015 Ted Talk, Dr. Christopher Kerr, CEO of The Center for Hospice & Palliative Care explained his own awakening to the topic as a relatively new doctor of hospice patients in 1999. He advised a nurse that a terminally ill patient still had quality time ahead if given IV antibiotics and other fluids. When the experienced nurse, Nancy, suggested otherwise, he asked why.

“She said, ‘Because he’s seeing his deceased mother.’” Dr. Kerr related. “What Nancy knew was Tom’s end-of-life experiences had meaning. They were significant.”

Local nurses in the field have had similar realizations about a phenomenon that has been referred to by different names: end-of-life experiences, death bed visions, death-related sensory experiences, and more.

Katie Hayes, also with UPMC Family Hospice and Palliative Care, recalled an elderly woman terminally ill with heart disease whom she got to know well over a period of months.

“One day I went to her, and she was in bed. I sat down, and she said, ‘Katie, you’ll never believe what I saw last night. I saw all of my loved ones who have passed on before me. My mother, husband, sister — they were all standing right at the foot of my bed.’

She and others said the more comfortable and familiar patients get with hospice staff, the more likely it seems they are willing to bring up such experiences. Sightings of angels are also a common theme, which perhaps occurs more often with those who are religious.

“I’ve seen patients sit there and have a conversation in front of me with someone I couldn’t see,” said Melissa Brestensky, a nurse in the Cabot Inpatient Unit of Good Samaritan Hospice in Butler County. “I had one particular patient — it was hours later she passed away — she was describing the angels out in the hallway, saying, ‘Look at how beautiful they are, they’re in beautiful white gowns.’”

David Kessler, a Los Angeles writer who has worked in hospice care, interviewed doctors, nurses, social workers, clergy, and others to learn what terminally ill patients had told them about seeing those who had preceded them in death. It led to his 2010 book, “Visions, Trips and Crowded Rooms: Who and What You See Before You Die.”

“I thought the book would have more credibility if it relied on professionals,” Mr. Kessler explained recently, while noting his own dying father had an experience seeing his late wife, which calmed him.

“It should be in the mainstream a little more, so if you’re sitting there with your mom, and she says, ‘Grandma’s here,’ I wouldn’t want you to say, ‘Grandma died, you’re crazy,’” Mr. Kessler said. “Maybe she’s hallucinating, and maybe she’s not.””

““Dr. Kerr said he does not practice religion but considering the frequency and realism of positive experiences by dying patients in connecting with those who died before them, “it’s hard to walk away from this and not be more inspired and hopeful of both life and death.””

I said this before, and truly mean it, something as insignificant as death cannot overcome a bond as powerful as love.