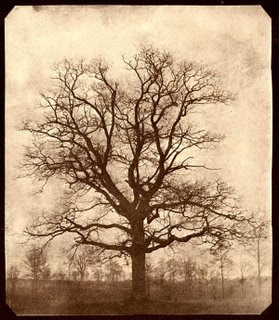 For the past few weeks, we’ve explored some of the creepy places and creatures that come from Ohio.  Today, we’re going to go cross-country and visit another great state in our Union – Oklahoma. (Admit it, you just sang the song in your head when you read that word.)

I’m not sure if Ghost Hollow is pronounced with a “low” on the end or, as in some of our southern states, an “er” on the end. So, if some of my Oklahoma friends could enlighten me, I’d be much obliged.  But, whether it’s a “low” or an “er” – one thing we can probably all agree with, is that a place called Ghost Hollow probably has some paranormal history attached to it.

According to a 1991 article in The Oklahoman (and I have to admit that I keep singing that song in my head), Ghost Hollow is located north of Ripley, Oklahoma and across the Cimarron River. It gets its name from the mournful sounds the trees in the hollow produce. Residents in the area say on windy nights moans can be heard from one of the trees.

The legend of Ghost Hollow starts with three horse thieves who were lynched and left hanging from the tree in the late 1800s. But some say that the curse of the area actually started when a young Native American maiden was accidentally killed next to the tree and cursed the land.

In the article, Lorraine Owens shared the story. “An “Indian princess” who, contrary to her father’s wishes, ran off to marry a white man. She said the father, with either gun or bow, “shot at the white boy but hit and killed the daughter instead, and that’s what put the curse on the hollow – she was 17, and there would be a death in that area every 17 years.” She said that, according to the story, a gamester from Ripley who “got caught gambling crooked” was strung up to the same tree as the horse thieves. And reports say other death-related incidents in the Ghost Hollow region included the discovery of a skeleton in the early 1900s, the finding of another body in 1922, and a fatal car wreck in 1939.”

The website “Seeks Ghosts” tells of other local witnesses who state that on windy nights in Ghost Hollow, they have heard terrible moans coming for the old hanging tree. They said the sound raised the hair on the necks and made their hearts beat faster.

But the moans don’t just bother humans. A Boy Scout troop who were exploring the area said their horses were all spooked when they rode past the hollow at night.

A final story tells of an innocent man who was hung from the limbs of the tree. After his death, all the bark fell off the tree, so now the tree glows with an eerie white color as the moon reflected off it at night.

So, what else does Oklahoma have to offer us? We don’t have to go very far from Ghost Hollow to find out.

About twenty miles away from Ghost Hollow is “Satan’s House.” (I always wondered where he lived.) It used to be called Norfolk school, near Yale, Oklahoma. According to Paranormal Stories, two children were trapped in the basement’s boiler room when the school burned down. Both children, sadly, died in the fire and now their spirits haunt the location.

The Haunted Oklahoma Facebook page adds that if you visit the site, you can hear the voices of the children calling out for help.

The conversations added under the post for the school acknowledge the experiences of some and their belief in the presence of ghosts.

“Been here. And yes, you see and hear things in the basement by the boilers.”

“It felt really weird down in the boiler room to me, thought I seen a kid down there when I was there years ago.”

“Went there several times in the night our flashlights went out, we had new batteries. Another occasion I just charged my cell phone and went in the basement, by the time I went climbing back upstairs it was drained completely. We also heard a little boy’s voice, this was late at night. That was like 8 years ago. It’s right outside Yale, Oklahoma on a country road back in the woods.”

But my favorite exchange was this one:

“If u knew big bill u know how he prolly beat hell smooth outta the ghost and demons.”

“People around this area and town don’t just up and move because of things like this, but anyone that lives close to here or the other haunted places around here will be the first one to very firmly tell you to not go wherever you are planning to go.”

So, why are they calling this old school, Satan’s House?

Well, you know, other than the fact that someone spray-painted “Satan’s House” on the side of the building, there has to be something more, right?

According to a post on the website “Underground Ozarks,” the place was used to Satan worship. Here’s a part of the post: “Hidden in the woods in north Cushing…. I have heard about this place for a while now. No one could really give me directions to it until a month ago, and no one had pictures of it. It’s called Satan’s house by legend, but it’s really the old Norfolk school. The legend is that it burned some time ago and trapped two children in the boiler room in the basement and they died. It’s said to be haunted by them. It’s also said that this place is used for Satan-worshiping (hints the name Satan’s house). I was kind of skeptical about all the rumors, but that changed when I found it.”

Unfortunately, the poster doesn’t go on to say what changed his mind so that he’s no longer skeptical. Anyone want to check it out and report back? Hmmm?

Next week, we’ll go back to Oklahoma (yes, I’m singing it again) and see what other paranormal treats they have in store for us.