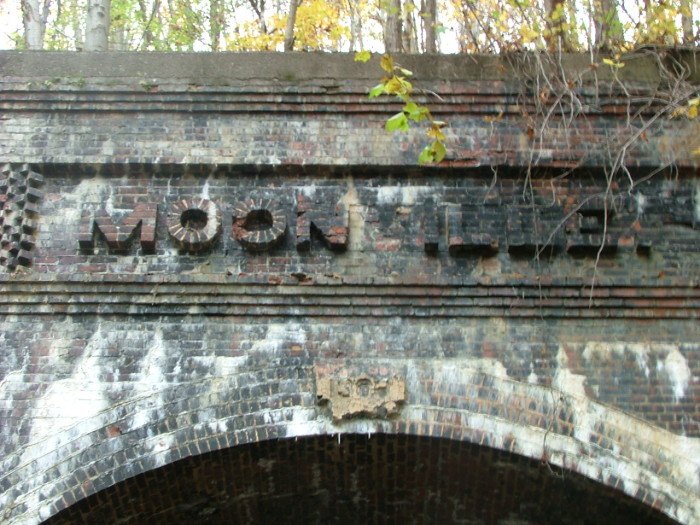 My younger sister used to live in Ohio, in a small town outside of Columbus. It was her paranormal experience in a house she was remodeling that gave me the idea for the Mary O’Reilly stories. My sister, whose name is also Mary, was working with her husband to flip houses. They would buy a house that was a little rundown, do most of the manual labor themselves, and then sell it and invest the money in the next house.  Of course, they were doing that while both working full-time jobs and raising three children.

The night of her experience, her husband was away on business. After she’d put the kids to bed for the evening, she spent several hours removing a parquet floor from a front hallway – back-breaking work. Finally, well after midnight, she dragged herself to bed and fell into a sound sleep. Later, in the middle of the night, she woke up with the feeling that someone was staring at her. She turned and saw a man, dressed in a Civil War uniform, standing next to her bed. His body was riddled with bullet holes and he was carrying his head in his hand.

My sister, exhausted, looked at the creepy specter and announced, “Look, I am way too tired for this crap. Get out of my room.”

The ghost, obviously shocked by her response, shrugged its headless shoulders, then turned and left the room. Go, Mary!

During the past few months, I’ve noticed something interesting about Ohio. Her experience was not that out of the ordinary. Or, perhaps to put it a better way, Ohio is filled with extraordinary and paranormal happenings.  Perhaps more than any other state in the Union.  Although, I really haven’t researched that yet, so I’m just supposing off the top of my head. Anyway, let’s talk about some other creepy, crazy, and haunted things going on in Ohio.

Let’s start with an obvious one. Helltown, Ohio.  How would you like to have that return address on your Christmas cards?

The website Ohio Forgotten tells us that Helltown is one of Ohio’s most famous horror/supernatural legends. And it’s actually home to six or seven separate legends.

Mutant Town is another nickname for the town and really, not much better than Helltown.  This legend came about when the federal government came along and kicked everyone out of town.  That’s right, in 1976 the federal government bought and boarded up most of the houses. Put “No Trespassing” signs all over the place and closed the town down.  This sounds like a plot for “Stranger Things”, doesn’t it?  Anyway, people started saying there was a chemical spill and the gaseous fumes created mutants out of some of the residents. So, in order to cover up the spill and save the people from man-eating mutants, they just closed things down.

The website Week In Weird also has information about some of the Helltown legends.

“We first passed the “slaughterhouse” on the corner with its blood-stained barn where more than pigs were said to have been massacred. Down the road further was the ‘witch’s house’ which seemed far from deserted with its interior lights on and the blue glow of a television visible through the window. At this point, the driver slowed down as we came upon the infamous school bus permanently parked on the side of the road. Dark, grimy, and foreboding, the rusting bus was said to be the scene of a killing spree where at least a dozen children were hacked to death. None of us saw the famed bloody handprints in the windows, but we didn’t get out to take a closer look.

As we approached the sharp turn at the hill, I scanned the dark, overgrown fields for the ‘invisible cemetery’ said to be visible only at night when the tombstones glowed, yet I saw nothing. But we were quickly approaching the highlight of the trip: the End of the World. As was the tradition of the time, the driver revved his engine and floored the gas pedal to reach the top of the hill. At its peak, the road appeared to vanish before us, and the car was briefly airborne before slamming down on the steep downgrade on the other side. Before long, we passed the ‘crazy house’ and reached the end of our journey at Brandywine Falls.”

It sounds like a fun place to visit, right?

So, now we’ll move on in our tour of Ohio to the next spot – Sabina.

According to the website “Only In Your State” “Ever since 1929, when this small town displayed an unidentified body that was found on the side of the road, it’s never been quite the same. “Eugene” was a strange roadside attraction in the town’s local funeral home until 1964 when he was finally buried. Since then, this Clinton County town has experienced a slow and steady abandonment.”

I suppose that displaying unidentified bodies for thirty-five years just doesn’t attract people the way it used to. “Hey, you want to go to the movies?” “Naw, let’s go check out the old dead guy.”

And now that he’s gone, I guess there’s nothing to do on a date night in Sabina.

The next stop in our tour of creepy Ohio towns is Moonville. According to the website “Moonville Tunnel,” the town was once just a tiny coal-mining town. And by the early 1950s, the only things remaining were a few abandoned houses and a lonely stretch of railway between Marietta and Cincinnati. But, there are some local legends that are keeping the town “alive” especially for those interested in the paranormal.

“The entire idea a town even existed in this little patch of State of Ohio forestry land would, most likely, be buried in time along with those who lived and worked there if it wasn’t for a few local legends still hanging around. A young brakeman, an engineer, a woman crossing the tracks and a murdered man have all contributed to keeping Moonville from fading into oblivion. People have found themselves walking the same dirt paths those living in the sleepy town of Moonville once trod more than one-hundred and fifty years before. They come to see what these legends are all about – to find out if they can defy logic and touch a bit of the past.”

The website “The Ghosts of Ohio” explains some of the legends of Moonville. “Today, all that remains of the town of Moonville is a small cemetery and the tunnel. Of the two, the ghosts have chosen to make the tunnel their haunting ground.

The only thing that’s consistent about the hauntings of the Moonville tunnel is that it’s the result of being killed in the tunnel. But who, and how, is subject to debate.

The first candidate is simply someone who ended up in the wrong place at the wrong time. Sometimes the person is a man who is somehow connected to the railroad, such as a conductor or engineer. In other retellings, the person is someone from the town of Moonville who just got caught on the tracks and was unable to avoid an oncoming train. In some instances, the person hit is a woman and sometimes the woman is pregnant. And if all those different variations aren’t enough to make your head spin, then how about the only version that names the person who is hit by the train; Rastus Dexter, who is described as an 8-foot tall African-American.

While no names are ever given, the most complete version regarding the Moonville ghost is the one regarding an epidemic that had swept through the town. As a result, the entire town of Moonville was quarantined trains were ordered not to stop in Moonville anymore. Low on supplies, the people in Moonville came up with a plan. They would send one of their own through the Moonville Tunnel to the outskirts of town with a lantern. The idea was that as the train approached, the man would signal for help with his lantern. Since he would be standing outside the town’s limits, the thought was that the conductor would stop the train and help. The plan having been developed, a volunteer was selected, and it was decided that he would set out the following day. However, the next day, the volunteer got off to a late start (either because he overslept or was sleeping off a hangover) and as he neared the tunnel, he heard the train approaching. Knowing the train would never stop for him unless he was on the other side of the tunnel and outside the town’s limits, the man began sprinting through the darkness, waving his lantern wildly. Sadly, the man never made it through the tunnel as he was struck and killed instantly by the oncoming train. That is why today people report seeing a ghostly lantern walking along the trackbed around the old tunnel.”

If nothing else, Ohio seems to have its share of really tragic stories.

There’s so much more about Ohio that we haven’t begun to touch on that I’m going to continue our tour of Ohio towns next week. And then we’ll talk about strange lights and stranger creatures.