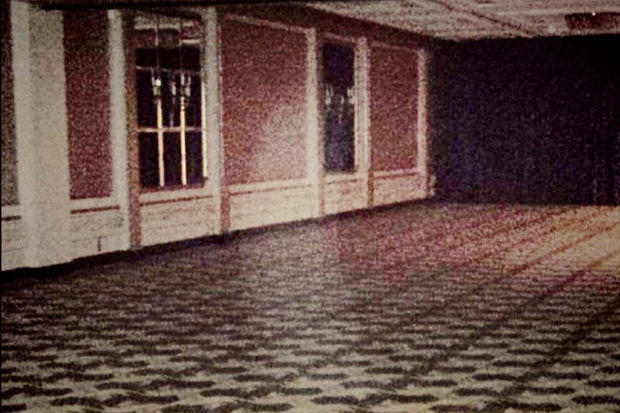 New Year’s Eve – a time for leaving behind the past and ushering in the new.  But some things in the past don’t want to be left behind.

According to Haunted Journey’s website, there is an infamous ghost who only appears on New Year’s Eve – probably because that was the evening she killed herself at Chicago’s famous Drake Hotel.

“On New Year’s Eve of 1920, the Drake Hotel celebrated its opening night with much glamour and tinsel! It was both magnificent and tragic. It was magnificent because the Drake was to be one of Chicago’s most beautiful and celebrated hotels. It was tragic because, according to legend, it was the night the “Woman in Red” ended her life.

On this day, a man and his fiancée (who was clad in a brilliant red silk gown) attended the gala held in the Drake’s Gold Coast Room. The man stepped away and did not return, so his fiancée went looking for him. She found him, enthralled by another woman, in the Palm Court parlor. The devastated woman climbed to the roof and jumped to her death.

Since then, guests at the Drake have reported seeing her apparition in the Gold Coast Room, Palm Court, and on the top 10th floor as well as the roof. Condemned to replay her final night, her restless soul wanders attempting to find peace with the final tragic chapter of her life. In addition to spontaneous phantom appearances in her red garment, workers and guests also get a creepy and uncomfortable feeling in the ballroom.”

If that isn’t enough – the Drake also has another woman ghost – but in a different colored dress according to CBSNews.com, “Also spotted at The Drake is another woman in a dress – this one known as the Lady in Black. This involves a well-documented story about the murder of society matron Adele Born Williams – but Adele Born Williams is not the Lady in Black. Her killer is.

As documented by the archives of the Chicago Tribune, Williams – the wife of U.S. State Department attaché Frank Starr Williams – was a guest at the hotel along with his adult daughter, Patricia Goodbody. On one occasion in January 1944, Williams and Goodbody were coming back to the suite where Williams lived in the hotel – only to find the door unlocked and slightly ajar when they had left it shut, Szabelski noted.

Slowly opening the door, they didn’t see anyone at first – but all of a sudden, a woman wearing a black dress, a black fur coat, and a white wig stepped out of the bathroom and took out a tiny pistol. She fired two shots at Goodbody and missed, but then fired two shots at Williams and killed her, Szabelski said.

A Tribune account from 10 years after the murder said Goodbody yelled, “Stop that crazy woman! She shot my mother!” as the woman in the black fur coat ran down the corridor ahead of her.

Police went on to launch a four-hour search of the hotel – but turned up nothing, Szabelski said. They did later find an antique gun in the stairwell that had been dropped from a higher floor and had shattered, Szabelski said.

In his book “Chronicles of Old Chicago: Exploring the History and Lore of the Windy City,” Adam Selzer notes some other bizarre twists – including that someone, likely the shooter, had made a phone call to a fish and ale house in the area about 20 minutes before the violent attack.

The serial number on the gun was traced to a holdup man who had been in prison at the time, but who said his sisters had stolen his guns on several occasions, Selzer wrote. He told investigators one of his sisters, Ellen Bennett, was a key clerk at The Drake – and it happened that his other sister, Anna, was a “hotel prowler” known for hanging around and hoping to find rich men, Selzer wrote.

Ellen – who did have a checkered past – was brought in for questioning, and investigators worked on a theory that she came to steal jewelry from Williams and went on to shoot Williams when the society matron returned to the suite, Selzer wrote. Ellen and her sister were both taken into custody twice in connection with the murder, and Ellen even admitted she owned a black Persian lamb coat like the one the killer wore – but she said she had never been in Williams’ room and had an alibi that she had been shopping downtown at the time, Selzer wrote.

No charges against Ellen Bennett or her sister ever held up, and the case has never been solved, Selzer noted. But whoever Adele Born Williams’ killer was, she is purported to haunt the eighth floor to this day, Szabelski wrote.”

So, I’m thinking you might want to skip the hotel parties and just host one at your own home. Much safer, right?  Well, maybe not. According to the website Bustle.com, paranormal visitors might make an unexpected “appearance” at your party.

“Perhaps you’ve had an experience of having a stranger turn up to your New Year’s Eve party. This actually happened to me once, but it was no big deal and we invited her inside to join the festivities because had gotten lost and couldn’t find the party she was actually heading to. However, Reddit user HITSguitar wrote that an unexpected guest materialized out of nowhere at their New Year’s Eve party. All of the doors and windows were locked, and no one admitted to letting the old woman, dressed in white, inside the house.

Upon leaving the party, “she dropped two scarfs on the doorstep, nobody knows how she got in and me and my mom are freaking out because we think that’s a symbol of something, and it’s not good,” HITSguitar wrote, adding that a cousin saw the woman in his dreams a few nights later, though no one ever saw her again.”

Hopefully, the only visitors you will have this New Year’s Eve are the ones you invite, but if any “unexpected” visitors show up – please let me know. I LOVE good scary stories.