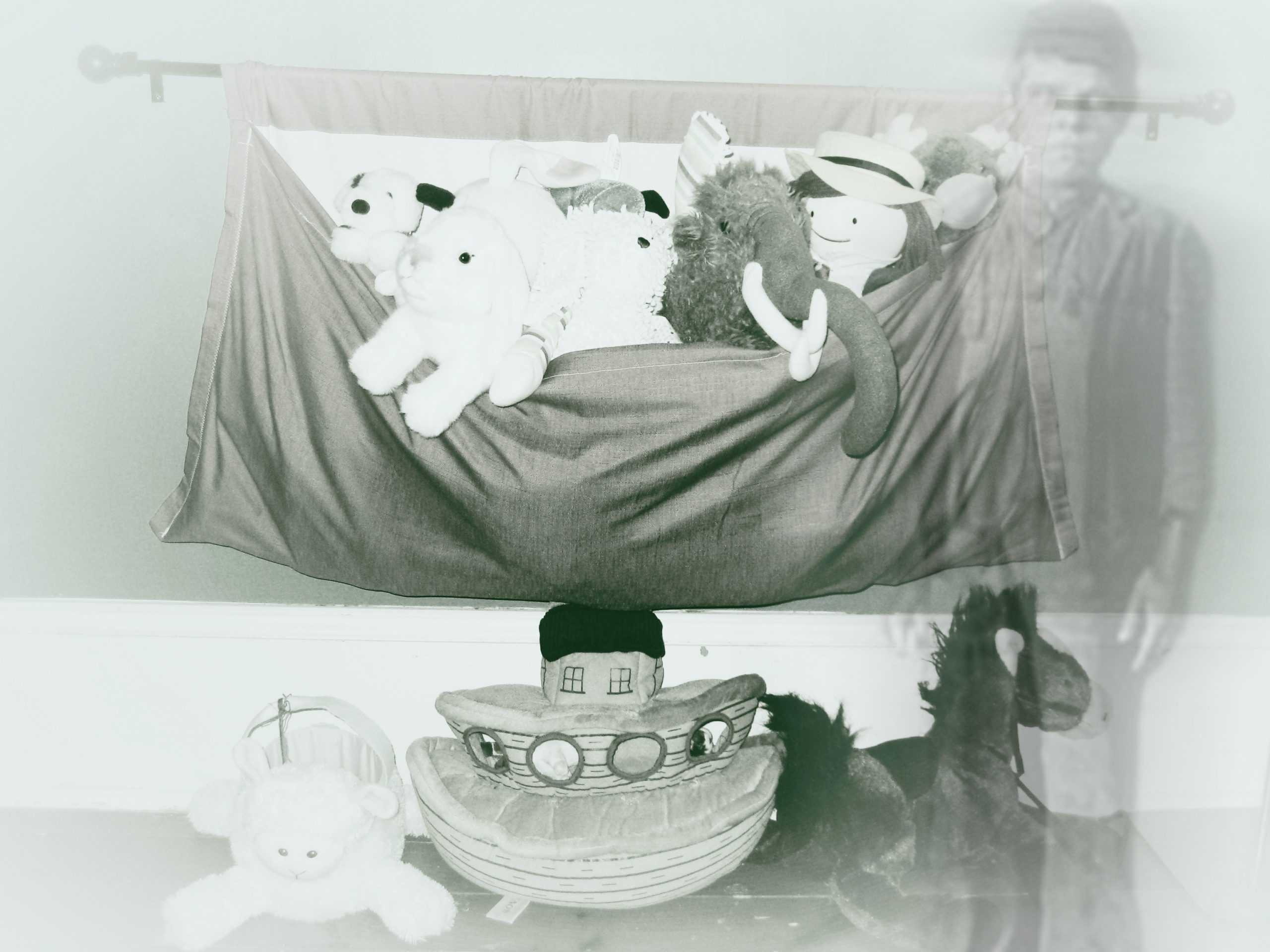 So, to help promote her new book and to treat you all to another wonderful scary story from Ophelia, I invited her to guest post this week’s Freaky Friday. And, even though she wrote it in third-person, I have a VERY strong suspicion that this story is based in reality. It gave me chills! I hope you enjoy it.

Her grandson could see ghosts. She knew that. She had known that since he was a baby. Even sitting in his infant seat, still not old enough to talk, he would “converse” with someone at a particular window in the living room, laughing delightedly and bouncing as he interacted with whoever—or whatever—he alone could see.

As he grew older, he began to say things that disturbed her just a bit. Like the afternoon she was putting him down for a nap. Part of the ritual was saying goodnight to his toys: his teddy bears, his Thomas the Train play engines, the rocking horse close to his dresser. “What about the boy?” he asked one time when his grandmother said goodnight to all the familiar toys. “What boy?” she asked him, puzzled. “The one by the horse,” he said, pointing. “Oh.” She was startled but tried not to show it. “Goodnight,” she said, looking in the direction of the horse.

There were various other incidents that seemed to show that he was not losing his ability even as he passed from toddler to schoolboy. For a short time, both grandparents were dealing with a child who was terrified by someone he referred to simply as “the big boy.” Their grandson would run to them on the couch, squeeze himself between them as they watched evening TV, and tell them he was scared because “the big boy is coming.” This went on for several weeks culminating with the time he ran to them for comfort and protection as usual. “Is it the big boy?” she asked her grandson. “No,” the child replied. “The big boy is scared, too.” That was unsettling for all of them.

Another time, he asked his grandmother who had owned their home previously. She explained to him that they were an older couple who had retired and decided to move closer to their families on the East coast. “They’re dead,” her grandson said. “They might be,” she agreed. “They were older when we bought the house and that was quite a while ago. “They’re dead,” he said again, nodding for emphasis, and then he walked away. And then it occurred to her that the kitchen and the back porch had just been remodeled. Perhaps the old owners had come back to check out the changes.

But even while her grandson professed to be afraid of some of the people he saw, she realized there were also those in the house who looked out for him, and she appreciated that. One wintry school day, she had gone to see a friend, and time had gotten away from her. She realized, as she drove, that she would arrive home later than her grandson’s school bus. She contacted her daughter who said she was on a job farther away and might not make it home in time, but she would try. Meantime, the grandmother pushed the speed limit and arrived at the house about ten minutes after the bus would have dropped him off.

To her surprise, she didn’t find him shivering on the doorstep, or even wandering around in the yard. She found the door unlocked and when she entered the house, saw that he was already in his room, jacket and shoes off, relaxing with a video game.

“How did you get in?” she asked him, surprised. Maybe, she thought, his mother came home and then left to go back to work.

He shrugged. “The door was open.”

Now, the house had been broken into a few years earlier. The family had installed a triple deadbolt lock and made sure it was always secured when they left. The grandmother knew it had been locked that morning: she had turned the key herself long after her daughter had gone to work, and her grandson had boarded the school bus.

But her grandson had returned home to find the door open for him. She didn’t know who let the boy into the house, but she made a point to thank whoever it was, for looking out for him that cold afternoon.

If you enjoyed this story, please check out my Bridgeton Park Cemetery Series, available on Amazon! It’s all about the ghosts!