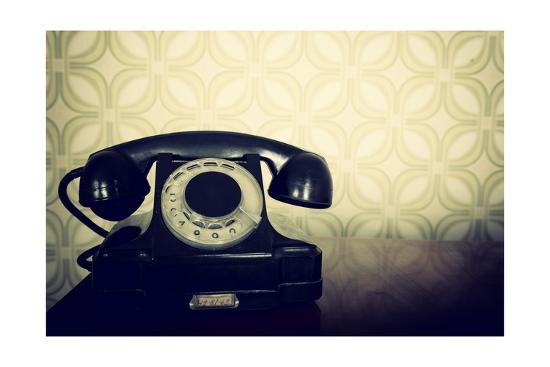 Claire Gem is an award-winning author of supernatural suspense, contemporary romance, and women’s fiction. She not only loves exploring the paranormal, but she also holds a certificate in Parapsychology from Duke University’s Rhine Research Center. She earned her MFA in creative writing from Lesley University.

I asked Claire if she’s like to share a personal ghost story with all of us – and it’s a great one. Claire was also kind enough to give us some information about her newest release at the end of the blog. So, welcome Claire!

I’m honored to be a guest on Terri Reid’s blog today. She, like me, writes ghost stories, and she asked if I had a personal one I’d like to share. I do!

I lost my parents in 1998 and 2001: first Mom, then Dad. After my father’s death, my brothers and I inherited the doublewide they were living in on a lovely patch of land in central Florida. The trailer was in poor repair, so we had it hauled away. My husband and I purchased the land from my brothers. Then we bought a modular home and put it on the very same spot as the doublewide had been.

For the three years that my father lived alone after Mom’s death, life was a challenge. He was diabetic and suffered from Parkinson’s, so was bound to a wheelchair. My brother and I took turns bringing him home-cooked meals, and once a week, I picked him up and took him to the grocery store. It was his big outing of the week, and he really looked forward to it.

Every Tuesday when I arrived, he had a small notebook filled with his chicken-scratch list—I never could read his writing, but he could. I’d load him into my car and off we’d go.

My father was also a chain smoker. His house smelled like an ashtray, God love him. I’d always have to wait before he clamored into my car, so he could steal a smoke. I wouldn’t let him smoke in my car.

Dad had been gone about six months when we finally moved into the new modular home. It was gorgeous, brand-new, and more spacious than anything I’d ever lived in. Our master suite, ironically, sat in the very same spot on the lot where my father’s bedroom had been.

For several nights, I’d been awakened to the smell of cigarette smoke. Neither my husband nor I have ever smoked. My kids did, but they were already out on their own by then. Still, around two a.m. every morning for several weeks, I’d awaken to the distinctive odor—not just smoke, but cigarette smoke. There wasn’t enough to set off our smoke detectors, but my husband could, on occasion, smell it as well.

We still had a landline phone next to the bed back then. About two a.m. one morning, the phone rang. I answered quickly, hoping my kids were okay. When I did, I got the shock of my life.

It was my father.

“Hi, Claire! How are you?” he asked cheerily.

I was flabbergasted and tongue-tied for a minute, but managed to stammer, “Uh . . . Daddy? Where are you?”

“I’m fine, just fine! That’s why I wanted to call you, so you wouldn’t worry about me. And I’m not with your mother just yet, but I will be soon.” He chuckled and paused. “I have to go now, honey. I just wanted to tell you how much I love you.”

My husband, a sound sleeper, mumbled, “Who were you talking to?”

“My father,” I replied dumbly.

Grumbling, he turned over and said, “Sure it was.”

Later, he claimed he’d never even heard the phone ring.

He was made a believer the next morning. As I was getting ready for work, I noticed a tiny notebook page sitting on my bureau. I picked it up and carried it into the light, where I could see what it was.

It was a shopping list, written in the same, illegible chicken scratch I’d come to know was my Dad’s.

I asked my husband, “Did you put this on my dresser? Where did you find it?”

He stared at it, wide-eyed. “I didn’t put it there. I’ve never seen that piece of paper before in my life.”

After that night, we were never awakened by the smell of cigarette smoke again.

So, is Heaven really just a phone call away? Perhaps. Or maybe my father’s spirit was still in that in-between place since he said he wasn’t with my mother yet, but that he would be real soon. I still get chills at the memory.

But I’m so glad that, for just one more time, I got to hear my father’s voice and to tell him I loved him.

In my newest release, ELECTRICITY, my heroine, Mercedes Donohue, is an electrician who fled her home in Atlanta with her teenage son after a particularly bad divorce. She’s returned to Massachusetts, where she was born and lived up until her teens when her adoptive parents moved to Atlanta.

My hero, Daniel Gallagher, is also an electrician who works on the same team as Mercy. He has avoided any serious relationships since his fiancé was killed in a car wreck twelve years ago, after stubbornly refusing to take his advice, driving off in a terrible storm. He’s not getting involved with another stubborn, independent woman ever again.

When Mercy joins the team, though, she short-circuits his plans. The electricity between them is simply too strong.

Their first big job together is an old mental asylum, which has its share of secret tunnels and lingering, tortured spirits. Neither Mercy nor Daniel believes in ghosts, so there’s no problem, right?

The spirits of Gravely Hall figure out a way to make them believers.

2 thoughts on “Long-Distance Call from Heaven”