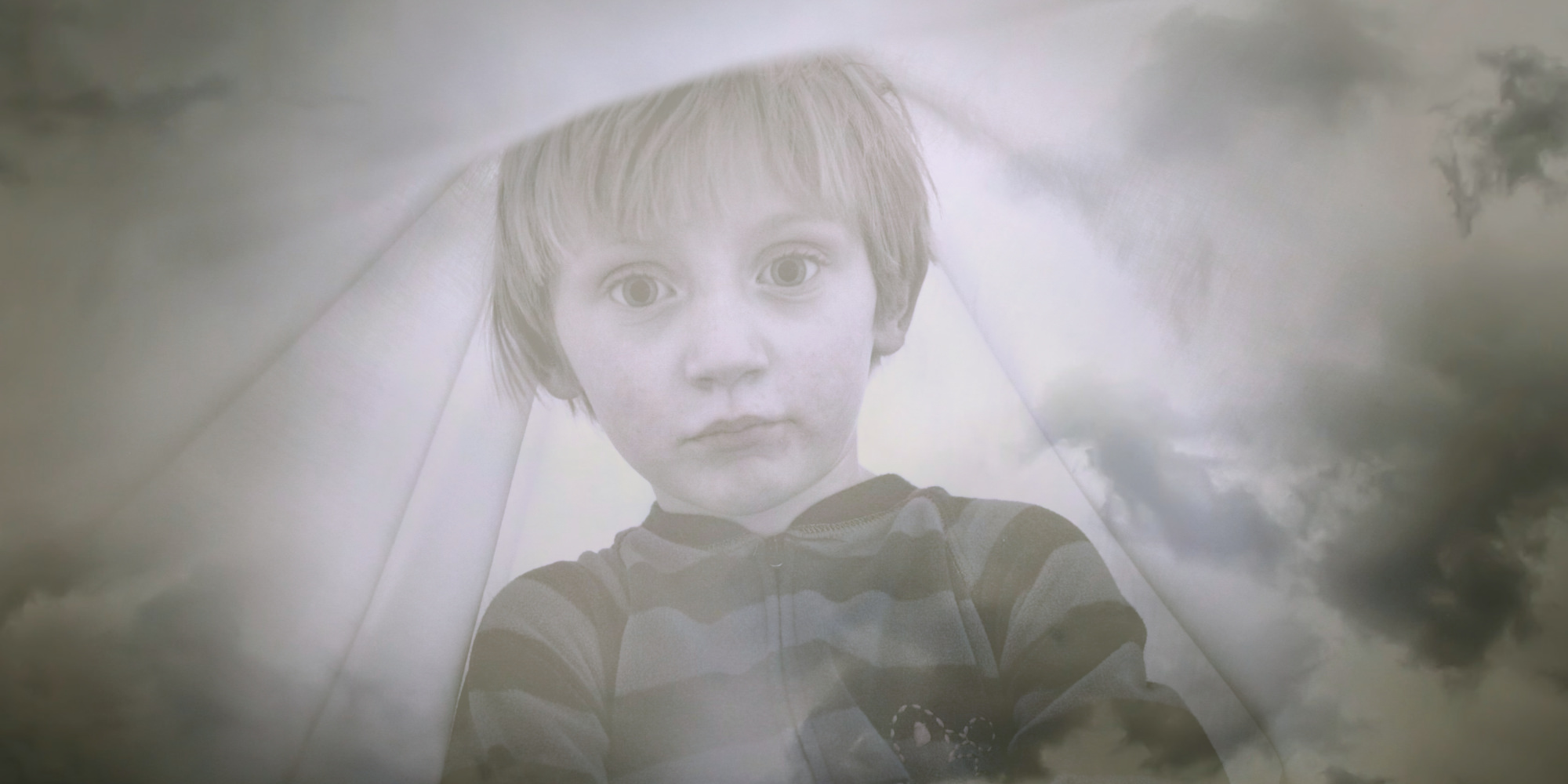 Recently, on a Facebook forum I belong to, one parent posted that his daughter said something that really freaked him out. He said, “She woke up from a bad dream literally minutes after we laid her down this evening. She got up extremely upset saying Daddy told her to follow the sparkles to the tower where sad people go, and she doesn’t want to go there.”

Other parents started adding their own experiences with strange things their children shared, and the freakiness increased. Here are some of the comments:

“Bright sunny day walking through trails in our backyard. My daughter (2.5 yrs. old) said, “I don’t see the shadows, they’re not here, I don’t see them.””

“Driving to the store one morning and from out of nowhere my son (4 at the time) said, “Remember when I was a grandpa and you were a baby and it got too cold and we died?”

“So, when my oldest was almost 3.5, we were driving home like normal through an old (circa 1800 or so) mill town through which trains passed on the regular – even now. We had just passed under the train bridge and when he said “Mommy! The track is going to break, and the train is going to fall off and crash!” Twelve hours later, a train derailed in that exact spot.”

“My 3-year-old has been referring to himself as ‘the boy who cuts things’ for some time now.”

“A friend’s little girl freaked us out once. When presented with a skull on a stick for Halloween (it had a trigger to make the jaw open and close) she said, “I hate those things. They come into the bedroom at night and pull mommy’s hair.”

“My daughter had an invisible friend she called her “Grandson” she would push him on the swings and talk to him, etc. Once she told me her grandson killed a wolf and there was a photo of him with the wolf in the attic. We didn’t have an attic. She was maybe 4 years old.”

“My daughter (3) is constantly weirding us out with little details about her life “before I was a baby.””

“My 5 YO at the time (10 now) saying as we were driving by an old mill that he remembered it because his brother worked and died there, and it was sad was TERRIBLE. He still doesn’t like to go there (they’ve turned it into a retail use space).”

“A few months ago, my 2-year-old came running to me screaming. He said there was a “bad boy in the closet.” Then he grabbed a ball and said he was going to play catch with him. He threw the ball in the closet…and luckily the ball did not roll back out. Guess we can live here a little while longer.”

“When my son was 1 maybe 1 1/2 we had a friend babysitting him, she claims she had him on the changing table for a new diaper when our son looked around our friend’s shoulder and up at the corner of the room and smiled as he said “oh hello.” She has not offered to babysit again.”

“My now 5-year-old once smelled me and said, “ahh you smell like mommy again.” I was like, what did I smell like? She said, “the ghost inside is gone.”

Are you freaked out yet?