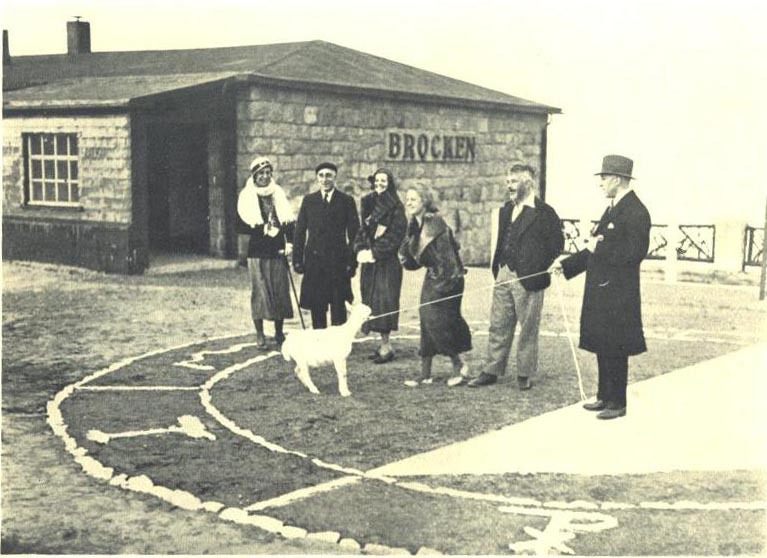 What? You didn’t put out your Walpurgisnacht decorations and didn’t have treats waiting at the door for all of the celebrants?  Well, lucky for you that even though Walpurgisnacht started last night, it will not end until today, May 1st, in the evening.  So, you still have time to celebrate!!

Walpurgisnacht is also known as Hexennacht – which means witches night. It’s like Halloween, only different. (I would insert a smiley emoji here – but it wouldn’t be appropriate for a blog.)

Walpurgisnacht started as a pagan celebration connected to the coming of Spring. In order to usher in the new season, all the witches and warlocks of Germany would gather on the highest peak of the Harz Mountain to await the arrival of Spring with dancing and bonfires.  What could be more fun than that? I’m guessing they made smores.

I’ve never heard of Walpurgisnacht before, you might be thinking to yourself, it must be something new, right?

In Goethe’s Faust (must reading for all of us who took high school German) there is a reference to Walpurgisnacht and that was written in 1808. In 1833, Jacob Grimm (of the Grimm Fairy Tales) wrote: “There is a mountain very high and bare… whereon it is given out that witches hold their dance on Walpurgis night.”

Even Bram Stoker of Dracula fame included the celebration in a short story called “Dracula’s Guest.”

So, Halloween and Walpurgisnacht are exactly six months away from each other. They have their origins in the pagan celebrations known as Samhain and Beltane, which marked the changing of the season – fall to winter and then winter to spring.  But there’s a little more to this than just a Farmer’s Almanac entry.  The pagans believed that these two days were very important because they were believed to be when the veil between the spirit world and our world was the thinnest. (Anything weird happen at your house last night? Walpurgisnacht!)

So, why is it Walpurgisnacht instead of Hexennacht?  Which is a heck of a lot easier to say and to type!

Well, one theory is that you can blame the Christians for the name change.

Trying to convert pagans to Christianity was hard enough, but it was darn near impossible when you started to take away their celebrations. So, they kind of converted the celebrations.  The conversion story of Hexennacht all started when an English nun called Walpurga came to Germany in the late eighth century. Her mission was to make Christians out of the Saxons. She was pretty successful and ended up being made the abbess of the local convent. When her brother (who was the head of a local monastery) died, she took over his position. She oversaw the baptizing of many pagans and, to add to her skills, she was hailed by the Christians of Germany for battling “pests, rabies, and whooping cough, as well as battling against witchcraft.”

When she died in 777, her tomb started producing a holy oil, which was said to cure sickness. Because of this miracle, she was canonized, and even to this day, Benedictine nuns distribute this oil in vials to Christian pilgrims who visit Saint Walpurga’s tomb.

Because she fought against witchcraft, the Christians would pray through her to God, for protection against witches. And because she was canonized on May 1st, her feast day was also associated with the same day Hexennacht and Beltane, the villagers began to call the celebration Walpurgisnacht.

But, is Walpurgisnacht simply a folk celebration?

Let’s go back to our friend, Jacob Grimm, and his story about Walpurgisnacht. Further in the story, he writes, “The Witches’ excursion takes place on the first night in May… they ride up Blocksberg on the first of May, and in 12 days must dance the snow away; then Spring begins…”

Blocksberg is the highest peak of the Harz mountain and is also known as the Brocken. If you study the rock formations on the Brocken, you will find they have interesting names like Teufelskanzel (the Devil’s Pulpit) and Hexenaltar (the Witch’s Altar).

This peak has been associated with witches since the third century. It was probably used as a site of ancient rites or celebrations. Back in 1932, Harry Price, an early paranormal investigator, set out to test how mystical the Brocken was. He found an old grimoire called “The High German Black Book” and inside was a spell that would turn a young male goat into a human boy. (Those of you who have raised both boys and goats would understand that this is not a particularly difficult transformation.) The spell could only be performed atop Brocken’s peak, under the light of a winter’s full moon.

Price performed the ritual – but, alas, the goat remained a goat. He even came back the next night to try again, but still, the result was the same. So, maybe Brocken isn’t as magical as they thought. Or, maybe it is, and Price just had a bad day on the mountain.

But, no matter how many naysayers or theories, Walpurgisnacht is still celebrated to this day, especially in Germany. These celebrations include dressing up in costumes, hanging blessed sprigs of foliage from houses, and leaving offerings of Ankenschnitt (bread with butter and honey) for phantom hounds. There are bonfires lit and villagers make lots of noise to frighten away any evil spirits.