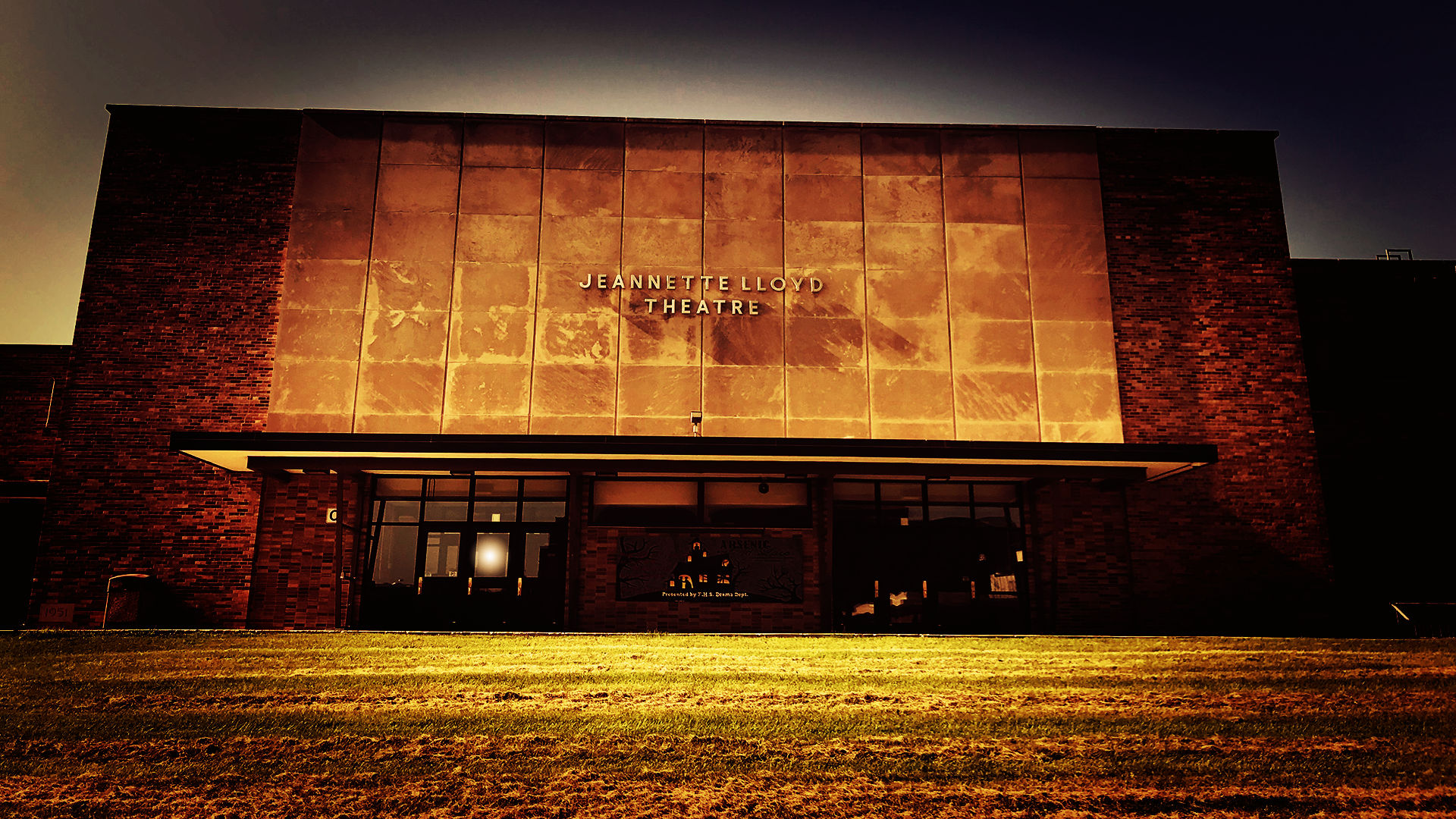 Well, maybe the title ought to be Guardian Angels. Problem is, I’m not too sure these ghosts were angels, but they sure acted like them. I’m writing about this particular subject because a lot of stories have recently come my way that seems to indicate that some of the ghosts around us are here to watch over and protect us.  The story that finally made me decide to write about this phenomenon was one my daughter shared when she was visiting me last week. I’ll try to tell it the way she told me.

My daughter was a freshman at the local community college. At the time, we had one car for the kids in the family.  So, whoever was driving had to also pick up whatever siblings needed a ride from Freeport to our house in the country.  So, she had driven to the high school later in the evening to pick up her younger brother who was at play practice.

A student who had been practicing for Swim Team came out of the side door adjacent to the theater, so she ran over and caught the door before it closed and locked, and walked down the hall toward the stage entrance.  She searched backstage and found that it was empty. They must have been practicing across the street in the theater department’s classrooms.

She also realized, as she walked back toward the front of the school, that the Swim Team was gone, and the school was now empty.  She pushed open the side door and it shut soundly behind her. She was about to hurry down the steps and across the street, when she noticed a man walking down the street, watching her.

She walked around to the front of the theater and noticed the man had increased his pace and was heading towards her.  He was staring directly at her with a strange look on his face.

She looked around, but there was no one else around. The area was completely deserted.

She looked towards her car – but she realized that he was too close for her to run to her car in time. Knowing that she’d already tried the doors just a few minutes earlier, desperation caused her to pull on them again.

The first door she tried immediately opened. Like someone had opened it from the inside for her.

She could hear the man outside pulling on the push bars at each door, trying to open them. But although he tried for several minutes, they didn’t budge.

Relating the story to us, she said that once she was ducked behind the chairs, she felt safe and even guarded as she hid in the darkness of the theater. She had a feeling that even if the man had somehow got inside, she would have been protected. She waited for several minutes until she felt it was safe, then went back to the front lobby to look outside.

The man was gone and the students who had been practicing at the high school were now outside. Her brother was standing next to the car, waiting for her.

She had been an active participant in theater ever since she was in middle school. And she knew the stories of the ghost of the theater probably better than anyone else, considering who her mother is. Perhaps, whoever opened the door for her, felt like she was part of his extended family.

We’ve had several other “protective” ghost experiences in our home. Either ghosts watching out the windows to make sure intruders weren’t there to harm us, or ghosts giving us warnings when we’ve been home alone.

How about you?  Do you have a guardian ghost?