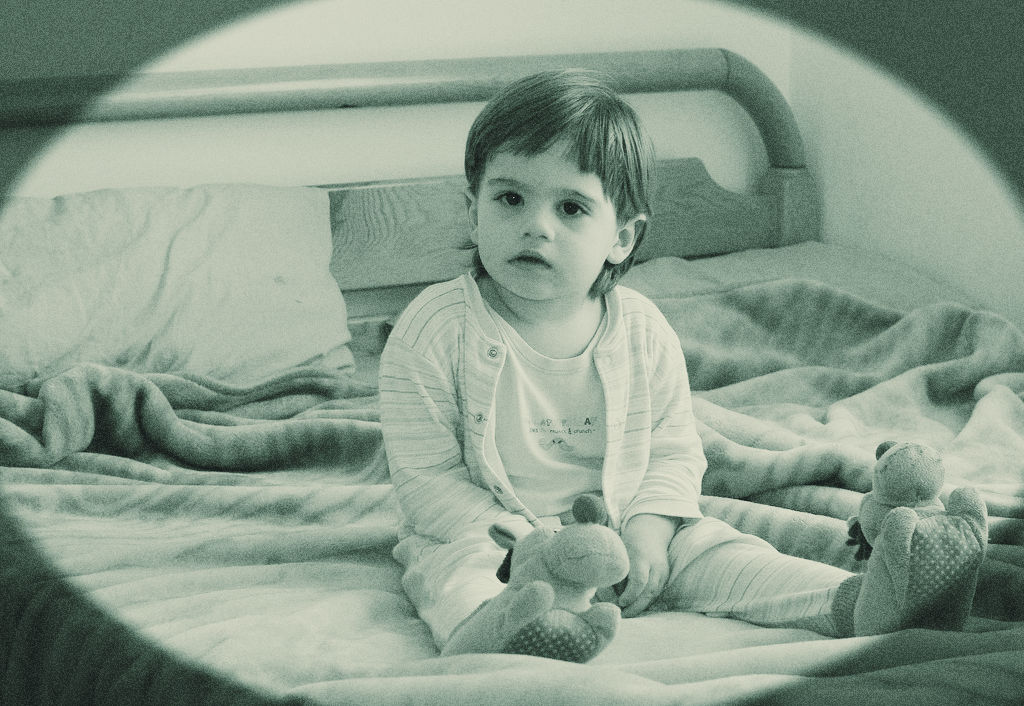 As a grandparent, I know there is nothing that gives me the same joy as visiting with one of my grandchildren.  Grandchildren are the reward for having children. They are like compounded interest on the investment you made raising your children. So, why wouldn’t a grandparent want to take the time to say one more good-bye before they were off to the other side of the veil?

It seems, according to these stories, that many grandparents do!

This story is from the website, Your Ghost Stories: “On October 31, 1995, my grandmother died. I don’t mean to attach any spooky nature with the date of her departure, I’m just providing the date. On February 19, 2008, my grandfather died, again, no special meaning of the date, simply stating the date. My grandfather’s funeral was on February 23. After his funeral service at the church, we (family and friends) began lining up to follow the hearse to the graveside service. My mother and I were in a bit of a hurry to get to the front as I was one of the graveside pallbearers. As we took our spot in the line of cars, I saw an elderly couple waving at me, south across the street. This also is the direction of their house from the church; they lived just down the street, about a block.

The old man was unmistakable to me as my grandfather, whom my mother and I had been taking care of for the past few months while we lived with him. I had known him all my life and saw him every day while we lived with him. The woman beside him was harder for me to recognize, yet I knew the only woman who would be with my grandfather was my grandmother. It was hard for me to recognize her because I was two when she died, and I had only seen a few pictures of her. Other than being with the man I believe was my grandfather, a helpful feature of the woman was her cane and her prosthetic leg. She was diabetic and had one of her legs amputated below the knee. I honestly do not know which leg, I didn’t ask. I did recognize her cane, I saw it every time I was at my grandfather’s when I was younger, and when I lived with him before he departed.

After seeing this apparition, I felt that my grandparents were at peace finally, after being apart for twelve years, and I also felt that they didn’t want me to mourn, but to be happy that they weren’t hurting anymore. Both died of natural causes, my grandmother died of complications with her diabetes, and my grandfather died of cancer.”

Another story from the same site: “In January 2009 my dad was in a very minor car accident. He aspirated from the shock of a teenager hitting the car from behind. Then he passed out. It lead him to go into a coma. At first, he was in and out for a few days then eventually the coma set in and he didn’t wake up. Despite there being no brain activity, the times I came in to visit him when he heard my voice, his eyes started to shed tears. I just felt he was trying to wake up to at least say goodbye but just couldn’t. He died Mother’s Day of 2009.

By no means did we have a perfect relationship. He worked a lot. He came home exhausted and irritated. He always said, “I wish I could have seen my kids grow up instead of work so much.” But I knew he did love me. He called me, Little Darling.

It was sad when he died but I had a family of my own to take care of so I moved forward as best as I could.

My family was growing, and I ended up having a baby girl exactly one year later to his death anniversary. It wasn’t planned and especially not for that day… But I always thought it was a weird coincidence. Another, Little Darling. I felt he was smiling down on her when I realized the date.

I always felt bad he didn’t get to see her, but I still felt they had a connection due to the dates in some way.

A few years later, the last baby of our family was born in 2014. Another girl. After the hubbub of delivery, the Doctors left and my family and husband went home. It was a hectic day and I was glad to be alone in peace and quiet. Even the nurses were giving me a much-needed break. I was happy to finally grab my last newborn babe and give her a snuggle. Just her and me.

I looked up and there in front of me was the outline of my father in the reflection of a mirror on the other side of the room facing my hospital bed. He was standing in the mirror. It was his height. His build. His head slightly down. I could tell by the outline of his face he was smiling. I’d know my father anywhere. It was him. His features were all hazy and the interior of his body was hard to see but the external shape and outline of his body were there. I just knew he was there to see the last Little Darling.

It lasted about 3 minutes then it faded away. The room seemed a little more somber after that. I said out loud, Goodbye Daddy. I didn’t feel l would be seeing him again in this life. I gave my new Little Darling a kiss for him.”

The Ghosts Community in Reddit also had a thread all about grandparents visiting.  This is the initial story: “Yesterday my Grandad died at around 3 pm from a heart attack, and when my brother-in-law picked up my two-year-old niece from nursery she goes ‘ I saw Grandad today’ in the car. He didn’t ask anything more sadly, just thought it was really weird that she said that.

What’s weirder is that my niece sees my Grandparents ever 3 or 4 weeks as they don’t live close, and she has never mentioned either my nan or grandad in conversation before. This is odd, isn’t it?? My sister asked her again later in the afternoon and she just sort of started mumbling and didn’t make much sense of it, but this is strange. Any opinions?”

My opinion? Grandad came to say goodbye to his beloved granddaughter.

Here are some responses to his story:

“When my great grandad passed away, I was 3. I loved to run in circles as a toddler. Just before my mom called my dad from the hospital to tell him the news, I stopped in my tracks and said, “I love you too Grandad Fred”. We were at home and at 3 I obviously didn’t know what was going on, so it was completely genuine. They still tell that story to this day.”

“When my parents told my sister and I (6 and 8 at the time) that my grandfather passed away, my sister calmly said “oh, I know. He came and told me last night. He said he feels better now and to not be sad for him!”

My parents were freaked out. He passed at 2 am and my sister said he stopped by at 2 am.”

“When my great grandmother passed away, my dad was around 3 or 4. My dad told me that the night she passed away, he woke up in the middle of the night and saw an old lady in a white nightgown standing at the end of his bed. He bolted out of bed and ran into my grandparent’s bedroom and began describing the lady. In the typical fashion of my grandmother she just sat up and went “aye sh*t my mum just died, didn’t she?”

I had similar experiences as a kid. Children don’t really have the filter to tell them what’s real and what’s not, so their minds are much more open to these experiences.”

“When my dad died, my daughter, 6, woke up at 1 am and announced, “Poppa has gone to live with Jesus”. There is no way she could have known.”

“When my grandmother passed, she came to me before my mother could walk into the room and tell me. Over a decade later, my cousins and I are having a conversation about grandma when one of them mentions she visited her right after she passed and before she was told by her parents. Both my other cousins and I stood in complete shock – apparently, my grandmother visited EACH of us right after she passed and before we were told by our parents, and we had never discussed this with anyone before. Gave us all chills but made it all the more special. Now I have a three-year-old myself and I can definitely tell when my grandmother is around her.”

“Something happened to me when I was younger. Sometime after my Nan passed away, my mum heard me talking to someone upstairs. They came up to me and saw me looking up saying “Yes, Nanny, I have been looking after them and I’ve been a good boy.” They asked me who I was talking to and I pointed and said “Nanny.” Apparently, when she was alive, she always used to ask me if I’ve been looking after my parents and if I’ve been behaving.”

“My grandmother died on May 1st of this year, the exact anniversary of my grandfather’s death 26 years ago. I was camping with a friend of mine on the night of her death, and out of cell phone range so I didn’t find out about her passing until the following day. While sitting around the campfire late that evening, my friend & I were taken aback when we suddenly heard several robins singing. They were singing morning songs, quite late at night, which we both commented on, how strange it seemed. My grandmother was an avid bird watcher & loved listening to bird songs while working in her garden. The next day my dad told me she passed away around 10 pm; the exact same time we heard the bird songs. Could be a coincidence, but I got chills when he told me. I knew it was her. It somehow just made sense.”

I love these stories about ghostly visits because once again they confirm to me that something as insignificant as death cannot deter something as powerful as love.