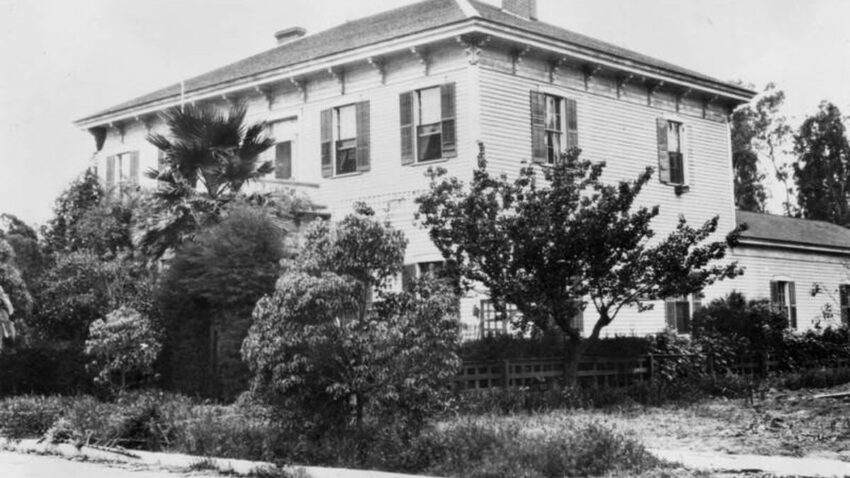 When I think about the Civil War, I tend to picture places like Gettysburg in Pennsylvania, Antietam in Maryland, Fort Sumter in South Carolina, or Shiloh in Tennessee. The first state that comes to mind is never California. And yet, California actually paid an important part in the War Between the States.

For a quick history recap, back in 1850, California became a state. Then, in 1859, the California legislature approved the division of California into two states; the northern half was the state of California and the southern half as Colorado Territory. The citizens of California voted their approval, but the Federal government refused to honor the decision.

So, there was this whole thing about States’ Rights happening on the other side of the nation and the Confederacy began thinking that gaining Southern California would be very advantageous. And, although the whole state of California was a free Union state, the Southern part had strong Confederate sympathies.

Fearing losing California, the Union War Department ordered a post to be constructed in the area.  That post eventually was named Camp Drum.

So, let’s fast forward a little over a hundred years to the late 1980s when Fred Duran, a city exterminator, was setting mouse traps in the Drum Barracks Civil War Museum in Wilmington, near the Port of Los Angeles.  According to the website la.curbed “Busy at work, Fred didn’t even look up when a man entered the room.

“I am getting water,” the man said.

“Have you seen Maria?” the man asked.

Fred said he hadn’t, but something about the man’s unfamiliar voice made him finally look up.”

Duran shared the rest of his stories with the television show “Unsolved Mysteries.”

“A gentleman with thick yet greasy dark hair parted down the middle stared back at me. Curiously, he wore old-timey blue pants and suspenders. I thought it was kind of odd because he was in a Civil War outfit,” Duran told the legendary Unsolved Mysteries in a 1992 episode.

“As I was going out, I saw the caretaker there and the workmen also, and I just asked him, I said, ‘Hey, the guy that lives here takes his job seriously.’ And they said, ‘You saw the Captain’s ghost.’”

Marge O’Brien, a former museum director, and curator told Unsolved Mysteries, “You can lock the rooms at night. In fact, very religiously. I check all the rooms. They’re locked, the lights are off, the shades are down, and you come here at 8:00 in the morning and the light in the parlor might be on, and then again it might not, but the shades may be up.”

Marge was hired to restore the rundown building after it was declared a historic landmark:

“It was a very dark, very sad feeling as you walked through. And it was just the kind of a building that was saying, ‘Help me.’

Marge, a team of craftsmen, and volunteers worked for months overhauling the museum. The old building slowly came back to life, in more ways than one. According to Marge, spooky occurrences became normal:

“I’m sitting in my office, and something will take my attention. Either a window will rattle, the roses will hit against the window, some the wind possibly. But something attracts me to the fact that I should be checking something. I will walk over to the parlor. Nine chances out of ten when I have this feeling and I open the door, more likely than not, the lights on the table are on. Most times, I will walk up the stairs and check the gun room. Very often, that too has the lights on and the window blinds open even though they have been closed and down. Because, the rule here is that after every tour, you pull the shades down, turn off the light and lock the door.”

Yasmin Malyeri, one of the volunteers when Marge was the director confirms what she’d said about the blinds. “I put down the blinds and turned off the light and locked the door and left. Came downstairs and left the building. There was nobody around. When I looked up, I saw the blind went up really slowly. It gave the impression that someone was holding it, you know, someone was doing it.”

An October 31, 1991 article in the Random Lengths Harbor Independent News entitled, “Is Local Museum Haunted?” by Eric Wilhelmus lists some of the other spirits that haunt the Drum Barracks Museum.

“A resounding thump, thump, thump is sometimes heard in the museum’s dark, narrow second-story hallway, throbbing like the beat of a tell-tale heart.” (I really do like this journalist!)

They invited Barbara Conner, a professional psychic from Anaheim, to give them an idea about who they might be dealing with. Barbara thinks it’s the sound of a ball being bounced against the hall’s walls by the ghost of a young boy, rather than a heartbeat.

Barbara told Marge to just tell the boy to stop bouncing the ball. “We did,” Marge said. “And the noise has stopped!”

The article also mentions an encounter another former director had at the museum. “Shortly before his demise in 1988, Vincent Manchester, who served as a voluntary caretaker for the museum from 1967 to 1975, wrote a 14-page account of his experiences with the Barrack’s ghosts. He mentioned a door that sometimes opened slowly by itself, ceiling lights that swayed back and forth, and a voice that hummed songs out of key. Manchester also described his encounter with a lady on the staircase.

“I saw a shadow move on the upper part of the stairs,” he wrote. “It was down about five or six steps, and as I looked, I could plainly see a triangular shape, like a girl in a long skirt.

“She, or it, stood there long enough for me to realize there was actually something there. Then I remembered my flashlight and turned it on the stairs. When I zeroed in on her, my ghostly visitor disappeared.”

Barbara believes this was an encounter with Marie Curtis, the wife of the former Colonel of the camp. Colonel Curtis has also been known to frequent to camp, probably inspecting things and making sure that everyone, including unsuspecting exterminators, is doing their jobs.

What’s the next step again?!?!? #brodiewankenobi