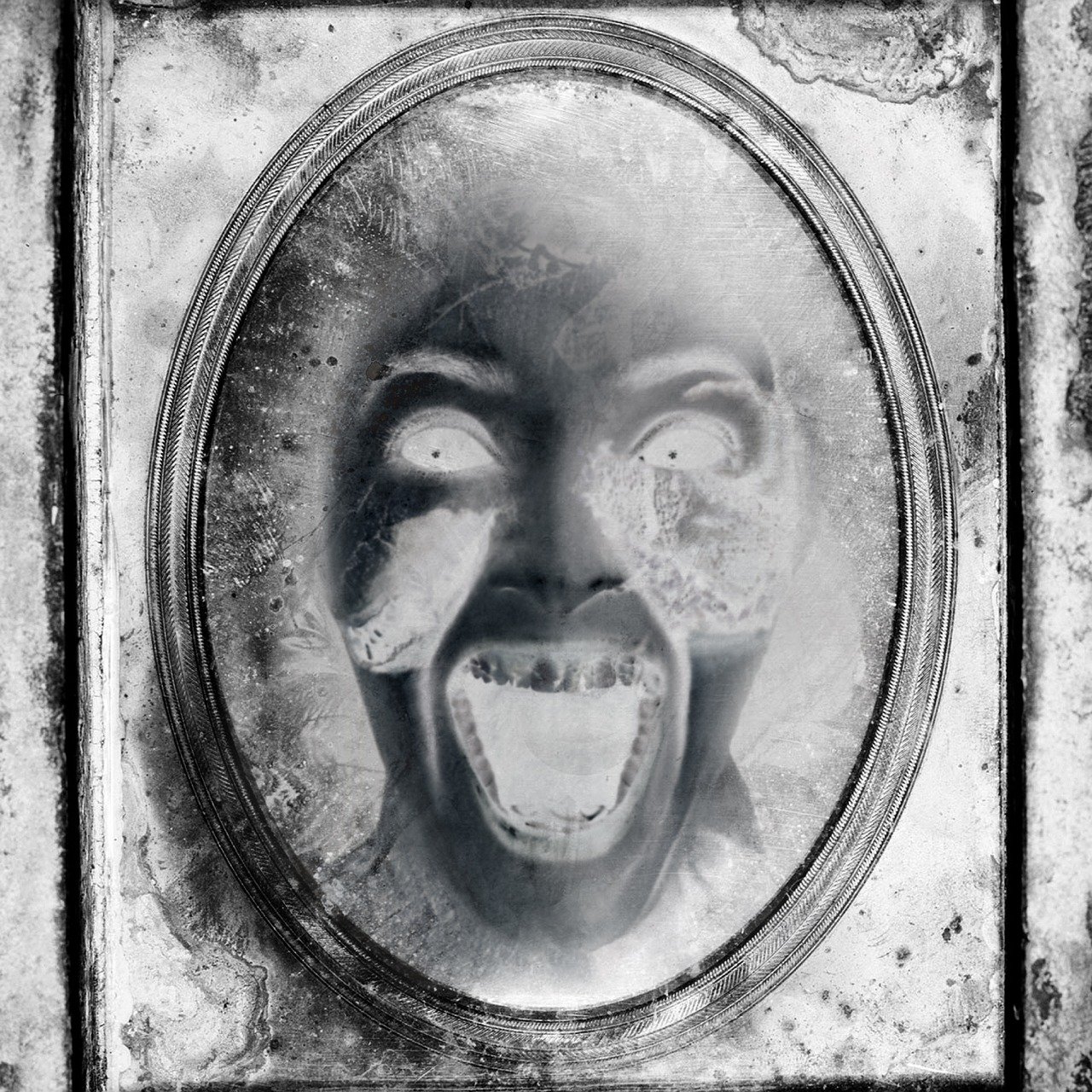 The girl telling the story pulled back her hair and showed me the scratch. Which, as I recall, was not that big of a deal. But I’m sure I didn’t say that at the time.

They warned me that Mary Worth also hangs out in trees. And if a girl stands next to a tree trunk at night, and she’s wearing a necklace with a cross, the spirit of Mary Worth will climb down the tree and strangle her with her own necklace.

I don’t think I stood under a tree that whole summer!

So, who was this Mary Worth and why was she hanging out in mirrors and trees?

An article in Shaw Media not only suggests that the legend is true, but also Bloody Mary Worth lived near Chicago.

“Bob Jensen, a paranormal investigator, and the leader of Lake County’s Ghostland Society said, “Dilleys Road used to be called Old Wagon Road. Just north of St. Patrick’s Cemetery, lived a woman named Mary Worth in the 1860s. Back then, many homes in Gurnee like the Mother Rudd house were part of the Underground Railroad.

Mary was part of the reverse underground railroad. She’d bring in slaves under false pretenses to send them back down south and make some money.”

There were rumors among the townspeople that Mary also practiced the dark arts – torturing and killing slaves for her rituals. For a time, they turned a blind eye to her evildoings, but there came a time that they were fed up, Jensen said.

“They lynched her on her own property,” Jensen said.”

In her book, “Chicago Haunts: Ghostlore of the Windy City,” author Ursula Bielski wrote about Mary Worth, “In the 1960s a Lake County resident in her 90s claimed she watched Mary Worth burn at the stake.”

But Bielski does more than just write about ghosts, she actually offers ghost tours. During a recent tour, captured by blogger Amor et Mortem, Bielski explained, “Before President Lincoln issued the Emancipation Proclamation that ended slavery, Mary Worth was a Wadsworth farmer who was said to have nefariously rounded up runaway slaves to have them re-sold—either to their former masters or to higher bidders from the South. Her behavior was unconscionable to the locals and they supposedly formed a mob against her and either lynched her on a tree on her property or they burned her in her own home. Another variant of the tale says they drowned her in the nearby “Devil’s Pool.” She was buried either outside the entrance to Old St. Patrick’s Cemetery (since a known witch would have been forbidden burial in consecrated ground) or underneath the lone boulder that mysteriously stands sentinel on the surviving farm across Mill Creek Road.”

After the explanation, the group did a spirit box session, this was the blogger’s experience, “We conducted a spirit box session (with an SB-11 device) and I had the pleasure of holding it in my right hand, while tour guide and paranormal investigator Tony Szabelski asked the majority of the questions. We stood in a circle and held hands the entire time, preceding the spirit box session with a loud, threefold proclamation of “I BELIEVE IN MARY WORTH!”

I asked Mary Worth if she had the ability to enter peoples’ dreams as they slept, and a female voice affirmed “YES!” by way of reply.

Another tour member asked if it were alright for us to be investigating this cemetery, or would it be better for us to board the bus? A male voice issuing from the spirit box immediately replied, “RUN!” That was more than enough to cause three members of the tour group to drop hands, exit the circle, and make a mad dash in the rain-soaked grass back to the bus!”

Image by Sarah Richter from Pixabay