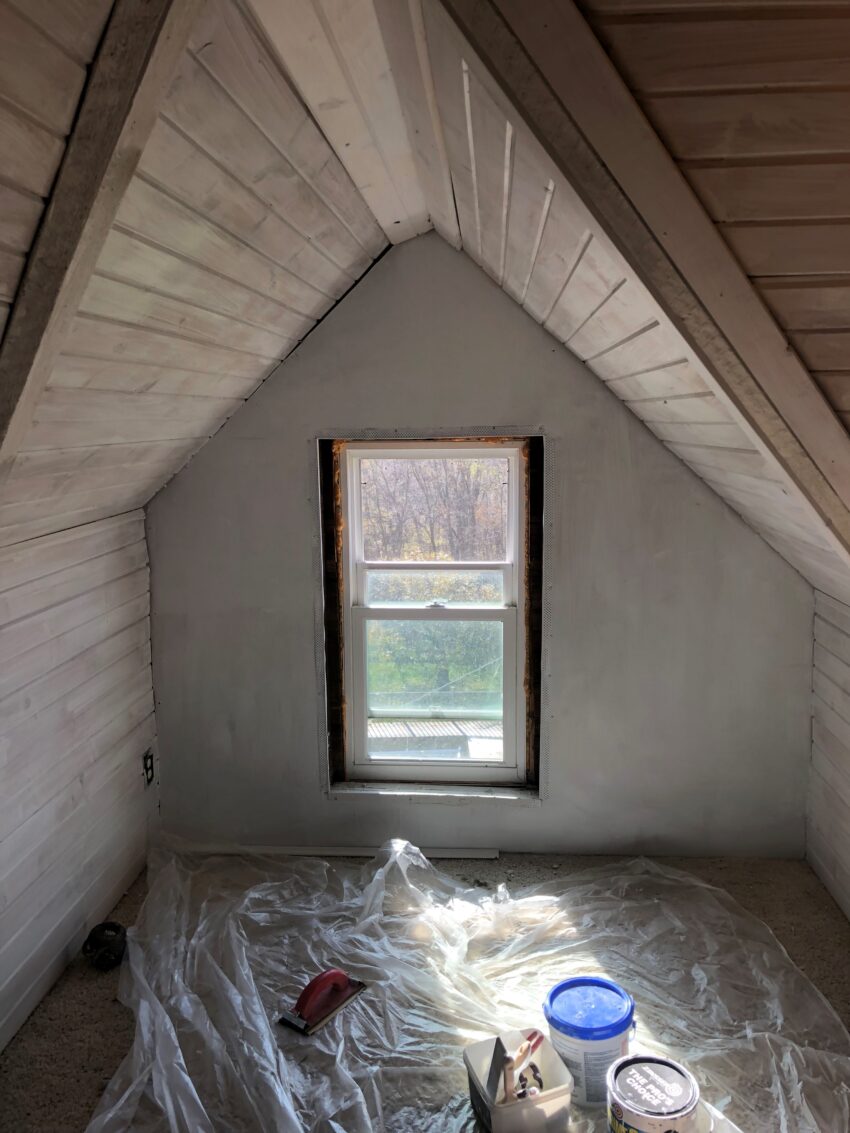 I was reminded on Monday by a dear friend, Terrie Snyder, that I hadn’t posted a Freaky Friday the previous Friday. I was gobsmacked! She was right. I totally forgot about Freaky Friday – and I offer you both an apology and an explanation.

I learned several weeks ago that my dear daughter, Sarah, and her family (a husband and three sons under eight) are going to be staying with us for an extended period of time. Her husband has an opportunity to continue his schooling and they figured that now, while the kids are still small, they should take advantage of this chance.

This also meant that the office I’ve been writing in for several years is now going to be a bedroom for at least two wriggly, giggly, active boys. (Their youngest is only six months old, so he will probably stay in their room.)  So, I needed to create a new environment for me to work in.

The only place available that would give me even the smallest semblance of peace and quiet, was our attic. I’ve had an office up there in the past, but, unfortunately, in the past few years, it has become the catch-all space and so, it needed to be cleaned, organized, remodeled slightly, and painted. It’s been fun and it’s been a labor of love. And, thank goodness, I’m almost done. I’ll be in my new space by Thanksgiving and the writing will resume!

So, that’s what happened on Friday.  I was either mudding new drywall or sanding dried mud, or power-nailing new molding, or priming new walls. Today (Tuesday) I painted my last wall and now I just have to clean carpets and move furniture. I’m so excited about my new space.

I did a search on my Freaky Fridays using the word “attic.”  I found that I had twenty stories – ghost stories – that had to do with an attic.  And some of the stories were my own personal experiences that I’d forgotten. (I hate when I do that.)  Granted, many of the stories were when I was in the attic and heard something coming from the second floor. (One incident involved Brodie whining at the bottom of the attic stairs and a man’s voice saying, “Oh, for goodness sakes, just knock it off.”  And Brodie did.

At first, I was grateful, but five minutes later when I realized that I was the only one home, not so much.

I also had my early-morning encounter with Grandpa Mulnix up in the attic.  I was writing through the night and at 4:30 a.m., Riley looked at the attic stairs and wagged his tail in greeting.  I assumed it was my husband, but out of the corner of my eye, I saw a HUGE man standing on the attic stairs, wearing farmer’s overalls and a flannel shirt. When I turned, he wasn’t there. I tried to convince myself that it was my imagination, after all, I’d been writing ghost stories all night. Then I remembered that Riley saw him first.

As I’ve been working, I’ve seen quite a few things out of the corner of my eye. (I really wish ghosts could paint – or at least hold on to the other end of the molding while I secure it with a nail. But no such luck.) I understand that ghosts often get more active when you’re remodeling. (I’m imagining these ghosts with their hands on their hips making “tsking” sounds wondering why it’s taken me so long to organize the space.) But there are no bad feelings when I get a peek at someone, they just seem curious. I don’t mind curious.

The attic is now a lovely shade of white. (It’s called “Worn Pages” – pretty appropriate, right?!?!?)  Lots of sunshine comes in through the windows. And all of the little spaces that happen when you have a 150-year-old farmhouse have been securely sealed.  (Someday Freaky Friday will feature stories about bats – but it’s too soon to go there right now.)

So, I will finish this Freaky Friday with my favorite story – I know you’ve heard it before, but it fits so nicely.

I was telling ghost stories at a local event and I invited members of the audience to share stories too.  A woman in her sixties stood up and explained that she had just returned from visiting her daughter, son-in-law, and grandchildren in their home in Pennsylvania.  She said they lived in an old house, at least two hundred years old.

One night, after eating dinner in the dining room, they moved to the adjacent living room to sit and visit. Her chair was positioned so she could still see into the darkened dining room.  Suddenly, she saw a movement out of the corner of her eye. She turned to watch. To her astonishment, a young boy dressed in old-fashioned clothing glided across the dining room and vanished into the wall.

Her surprise must have shown on her face, because her five-year-old grandson walked over to her, patted her comfortingly on the hand, and said, “Don’t worry, Grandma. That’s just the attic people.”