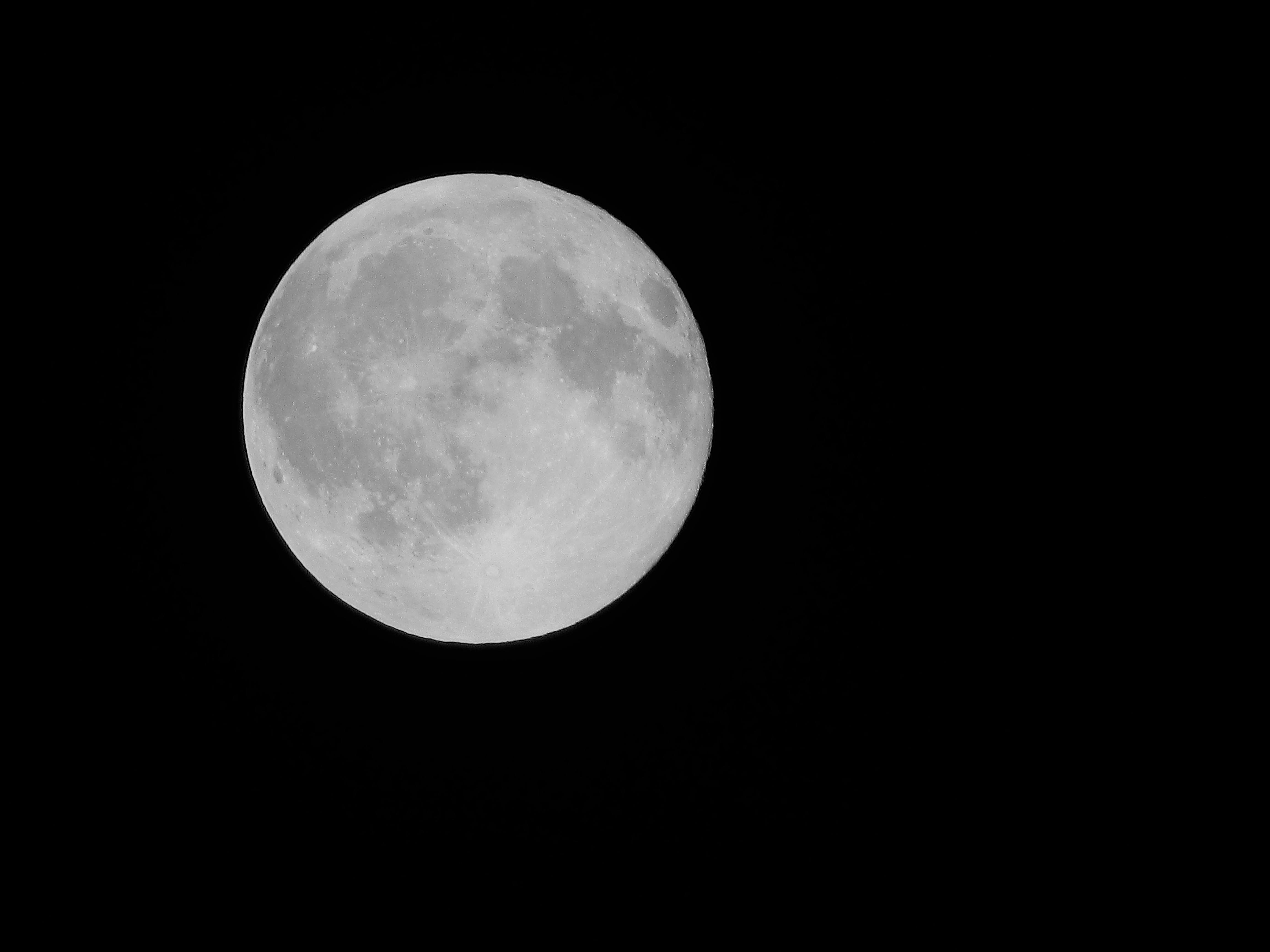 Today, Friday, 9/13/2019 is not only Friday the 13th, but it is also a full moon – the Harvest Moon.  There has been a lot of discussion about this full moon with many reporting that the actual full moon doesn’t happen until Saturday, September 14th.  But, that’s only if you live on the East Coast. For those of us who live in the Central, Mountain, and Pacific time zones, the full moon will be visible before midnight on Friday. And, since the next full moon/Friday the 13th conjunction isn’t supposed to happen for another 30 years, we should be taking full advantage of it.

So, what’s the big deal?  Why are we so concerned about Friday the 13th and a full moon?

I noticed on my Facebook page many of my friends who are teachers or nurses commented with dread or anxiety about the upcoming full moon. Do full moons really change our behavior?

Back in the 13th century, the folks in France created the word “lunatique” from which our modern word “lunatic” was derived. The definition of lunatic is “affected with periodic insanity dependent on the changes of the moon.”  Old English had their own version “monseoc” – which meant “moon sick.”

Even Shakespeare felt that the moon could affect our minds, “It is the very error of the moon; She comes more nearer earth than she was wont, And makes men mad.”  Othello Act 5, Scene 2.

An article from The DO, an osteopathic online trade magazine, asks “Full moon madness’ in the ER: Myth or Reality?”

Here’s what they say, “Does the full moon really correlate to a rise in emergency room visits? Anecdotal evidence may say yes, but so far research hasn’t documented a strong link.

A 2011 study published in the World Journal of Surgery found that more than 40% of medical staff believe that lunar phases can affect human behavior, even though most studies find no direct correlation between the full moon and hospital admission rates.

In the view of many ER physicians, however, including AOA President John W. Becher, DO, “full moon madness” is a real phenomenon. Dr. Becher, who has practiced emergency medicine for nearly 40 years, recalled his experiences as chairman of emergency services at AtlantiCare Regional Medical Center in Atlantic City, New Jersey, where he is currently director of osteopathic medical education.

Adjacent to the center’s emergency department is an 11-bed psychiatric emergency center. “You could almost tell the phase of the moon by how crowded that area of the ED was,” says Dr. Becher. “Anytime the moon was full, that area was overflowing.”

Paul J. Allegretti, DO, agrees that the emergency department seems busier when the moon is full. He’s the program director for the emergency medicine residency at Midwestern University/Chicago College of Osteopathic Medicine (MWU/CCOM) in Downers Grove, Illinois. “I think people are sicker and it seems like more unusual things happen when the moon is full, though I don’t think I could ever prove it,” he says.

But how about school students?  School is during the day, how can a moon affect them?

The website “State of Opportunity” asks the question, “Do students act up more during a full moon?”

They asked teachers and principals to send in tweets and tell them whether the full moon affects their students.  They received more than a dozen responses and all of them said the same thing — kids are different on full moon days.

One educator actually wrote her thesis about it and the author of the article, Dustin Dwyer, asked her about it:

“”I’ve always just had this thought, and a lot of educators do, that kids act different whenever it’s a full moon,” says Natalie Fikac, Coordinator of Guidance Services at the Pearland Intermediate School district in Pearland, Texas.

I called her up because she is one of the few people who has actually tried to study this moon question, using statistical techniques. She wrote her Ph.D. thesis on it. She checked data on disciplinary referrals at a single high school over a two-year period.

“There were always at least an average of two or more referrals on full moon days,” she says. “But it’s not statistically significant.”

So: officially, no connection.

Fikac was only able to find three other studies that even looked at this question. So, counting hers, there are now four.

Other studies have looked at connections between adult behavior and the moon. And the evidence doesn’t really support the idea that there’s any connection at all.

But Fikac says the research on the full moon and student behavior – there’s just not enough of it.

“So far, have you found anything that debunks the theory?” I ask.

And she is not alone.”

Two highly respectable professional fields – medicine and education – and many from both groups have anecdotal evidence that we are affected by a full moon. But why?

The Farmers’ Almanac has a suggestion. “People who believe that Moon phases affect human behavior point out that the human body is about 60% water. If the phase of the Moon can affect ocean tides, and even cause a bulge in the Earth’s crust, surely it would exert an effect of human beings, they reason.”

They also point out this interesting fact: “And, of course, one of the most popular features in the Farmers’ Almanac is our Best Days calendar, which recommends specific days to do everything from plant root crops to cut hair for increased growth, based on the phases of the Moon and other factors. Readers swear that they see better results in their endeavors when they follow these recommendations.”

I can tell you that I always feel the effects of a full moon – my sleep is restless and when I do sleep, I dream in full-technicolor. Most of the members of my family have the same responses to a full moon. Even when I’m not paying attention to the stages of the moon, with the blinds drawn, I can tell when it’s a full moon.

Now, let’s talk a little about Friday the 13th.

History.com tells us that “According to biblical tradition, 13 guests attended the Last Supper, held on Maundy Thursday, including Jesus and his 12 apostles (one of whom, Judas, betrayed him). The next day, of course, was Good Friday, the day of Jesus’ crucifixion. The seating arrangement at the Last Supper is believed to have given rise to a longstanding Christian superstition that having 13 guests at a table was a bad omen—specifically, that it was courting death.”

“Meanwhile ancient Norse lore holds that evil and turmoil were first introduced in the world by the appearance of the treacherous and mischievous god Loki at a dinner party in Valhalla. He was the 13th guest, upsetting the balance of the 12 gods already in attendance.”

Researchers say that ten percent of the U.S. population actually suffer from– the fear of the number 13 “triskaidekaphobia” and, even more specifically, “paraskevidekatriaphobia” the fear of Friday the 13th.  I would suffer from it too, but I refuse to suffer from something I can’t pronounce.

But, this “fear” is not limited to a mere 10 percent, you’ll notice that most hotels do not have a thirteenth floor. “According to the Stress Management Center and Phobia Institute in Asheville, North Carolina, more than 80 percent of hi-rise buildings in the United States do not have a 13th floor, and the vast majority of hotels, hospitals and airports avoid using the number for rooms and gates as well.”

Have bad things really happened on Friday the 13th – other than the introduction of a hockey-mask wearing psycho named Jason?

Well, yes, there have been quite a few:

On Friday, October 13, 1307, officers of King Philip IV of France arrested hundreds of the Knights Templar. But that was only the beginning of the trama, more recent events have been the German bombing of Buckingham Palace (September 1940); the murder of Kitty Genovese in Queens, New York (March 1964); a cyclone that killed more than 300,000 people in Bangladesh (November 1970); the disappearance of a Chilean Air Force plane in the Andes (October 1972); the death of rapper Tupac Shakur (September 1996); and the crash of the Costa Concordia cruise ship off the coast of Italy, which killed 30 people (January 2012).

Although, if you take a mathematical approach – between 1307 and 2012 there were only seven notable events of bad luck in over 700 years. That’s one bad event every hundred years. Maybe it’s not so unlucky after all.

Whatever you believe, I think tonight would be a perfect night for popping popcorn, putting in a scary movie (or even better, reading a scary book), and enjoying this wonderful phenomenon that won’t happen again for 30 years. So, you can tell your grandchildren what you did when Friday the 13th collided with the full moon.